Watch.. A spontaneous dialogue between two Saudi women and a Pakistani traveler is impressive 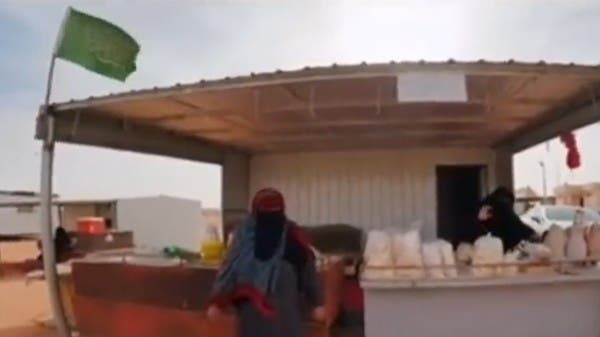 Social networking sites in Saudi Arabia circulated a video published by a Pakistani Rahal documenting the generosity and spontaneity of two Saudi women, whom he passed through during his trip on his motorcycle in a village northeast of Riyadh.

The Pakistani traveler, Abrar Hassan, appeared in the video clip, stopping at two women selling tea and coffee on the Riyadh – Ramah road, and while he was talking to them with some Arabic words, they offered him tea and coffee without any financial compensation, refusing to collect the value of the drinks.

A traveler on his bike meets two women selling on one of the Kingdom’s roads, and with genuine Saudi generosity, they honor him with what they have. pic.twitter.com/d5FrAVyA7S

A spontaneous dialogue took place between them, and the two women said to the man: “You are a traveler,” to answer them “yes,” so that one of them was astonished: God willing, this person would lead him to Mecca? To her other response: “Lynn America loves him.”

He also told them that he was coming from Pakistan to visit Mecca, so the two women asked him to pass again their shop on his way back to Pakistan.

The video of the Pakistani traveler witnessed a wide spread on social media platforms, where tweeters praised the morals of the two women, which expresses the generosity of the Saudi people and their welcome to strangers.

It is noteworthy that the Pakistani traveler began his journey, which he documented through his account on “YouTube”, by land through a motorcycle from Pakistan, passing through Iran, Iraq, Kuwait, and currently through Saudi Arabia, where he intends to go to Mecca and perform Umrah and then visit the Prophet’s Mosque in Medina.