Watch .. Hamdok begins his duties in his office 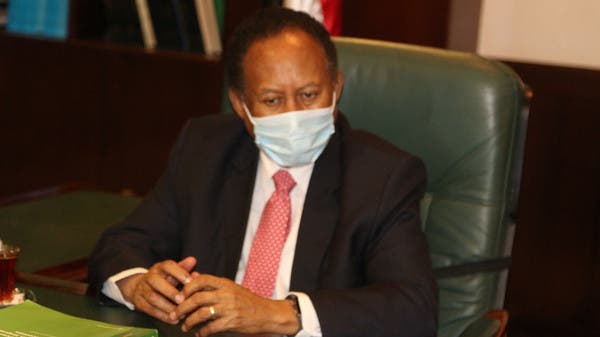 After the signing of the political agreement in the capital, Khartoum, Sudanese Prime Minister Abdalla Hamdok began his duties, on Sunday, in his office at the Presidency of the Council of Ministers.

Hamdok in his office

Hamdok and the army chief and head of the Sovereign Council, Abdel Fattah al-Burhan, had signed a political agreement earlier on Sunday, according to which Hamdok was reinstated as prime minister. The signing ceremony took place at the presidential palace in Khartoum.

Hamdok in his office

The agreement also stipulated the start of a dialogue between all political forces to establish the constitutional conference, expedite the completion of all transitional government institutions, and release all political detainees, after weeks of unrest and demonstrations that took place in the streets of Khartoum in protest against the army’s measures imposed on 25 October last. It led to the dissolution of the government and the former Sovereign Council, as well as the suspension of a number of committees, and the provisions of the constitutional document as well, and the imposition of a state of emergency.

From the signing ceremony of the political agreement in Khartoum (AFP)

In addition, there were reactions about these developments. The Sudanese Professionals Association launched a stinging attack on the political agreement, describing what happened today as “treason.”

In a statement on his accounts on social networking sites, he considered the signed agreement a “political suicide” for Hamdok, stressing that the agreement “is rejected in whole and in detail, and concerns only its parties.”

For its part, the Forces of Freedom and Change coalition said that it does not recognize any political agreement with the army.

From the signing ceremony of the agreement in Khartoum (AFP)

He also added in a statement on his Facebook page: “We are committed to the usual peace, to the field paths defined by the resistance committees, and to unity behind national goals,” stressing that there is no negotiation or partnership with the army leaders.

In turn, the Umma Party spokesperson, Al-Wathiq Al-Barir, announced in a statement, “The party’s rejection of any political agreement that does not discuss the roots of the current crisis in the country,” stressing that “we will not be a party to any agreement that does not meet the aspirations of the revolutionaries and the Sudanese people,” according to “Reuters”.