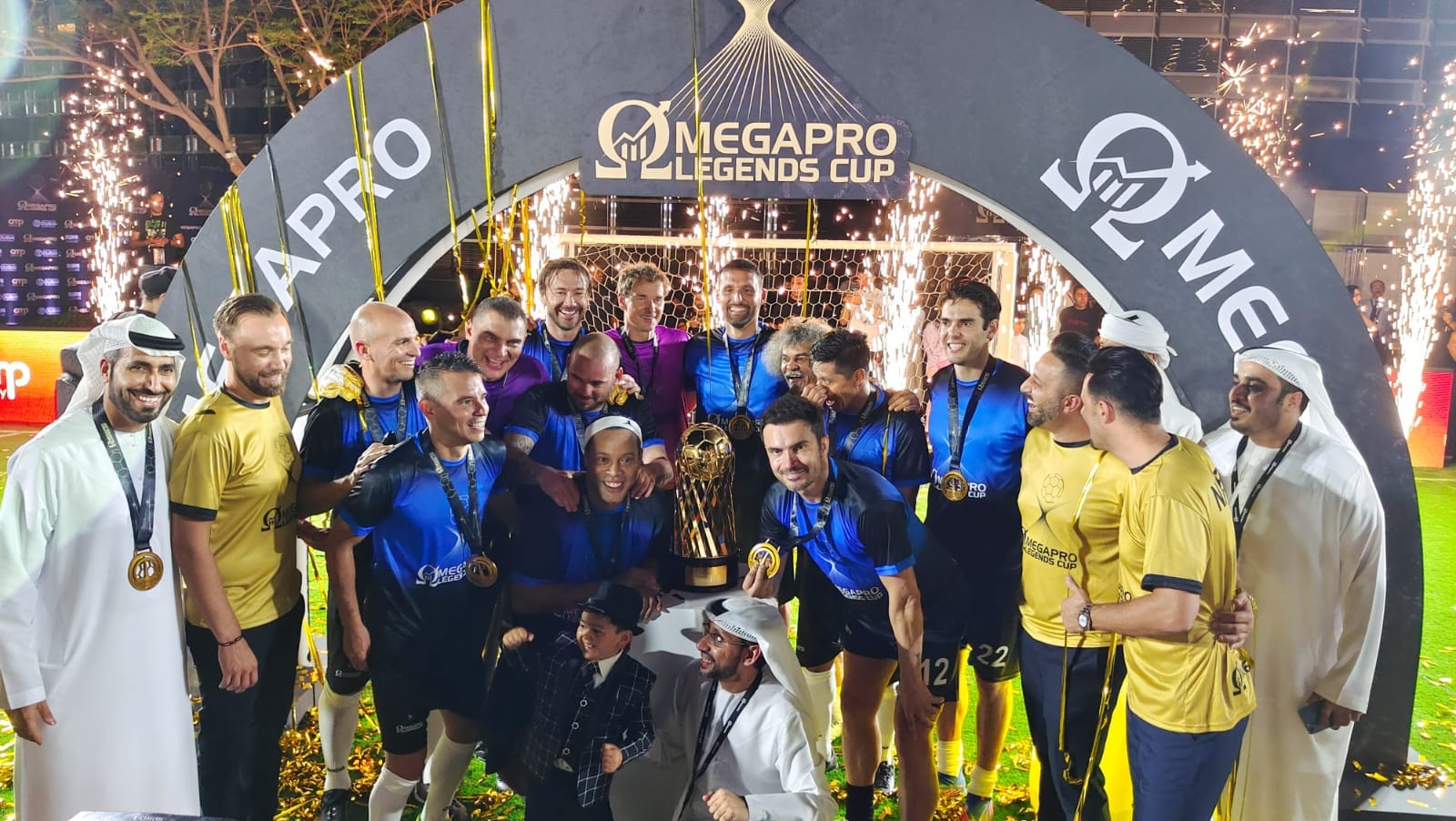 Brazilian star Ronaldinho led the Stars team to win the Legends Cup in the exciting exhibition match that was held Thursday in Dubai in front of the Burj Khalifa, after defeating the Champions League led by Portuguese star Luis Figo 18-16.
The match was held in three rounds, each half lasting 20 minutes. The first half of the Stars team ended with a score of 7-5, and the Champions team excelled in the second half 5-3 to equal the score 10-10. In the third half, Stars settled the score by winning 8-6.

A huge crowd turned out for the World Football Stars Match in the Legends Cup at Burj Khalifa Square in Dubai pic.twitter.com/Txmw39IZ9s