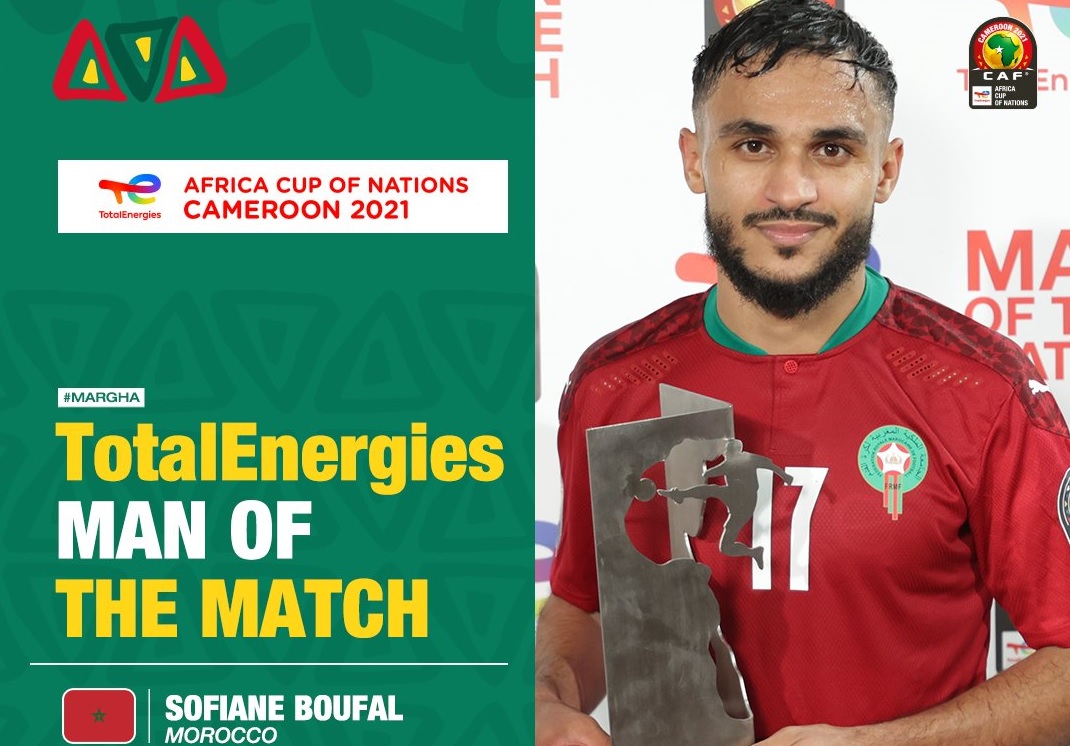 Moroccan star Sofiane Boufal played the role of the savior in the first match of the “Atlas Lions” team in the African Nations Cup finals currently being held in Cameroon, when he scored the killer goal of winning against Ghana 1-0, today, Monday, at the “Ahmedou Ahidjo” stadium at the top of the first round of competitions Group C, which also includes Gabon and Comoros.

Boufal succeeded in opening the scoring when he took advantage of his ball inside the area and hit it with his right hand from close range in the right corner (83).

Boufal won the best player title in the match in which Moroccan goalkeeper Yassine Bounou, a professional in the Spanish League, who defends the Sevilla goal brilliantly, made him one of the best goalkeepers in the major European championships.