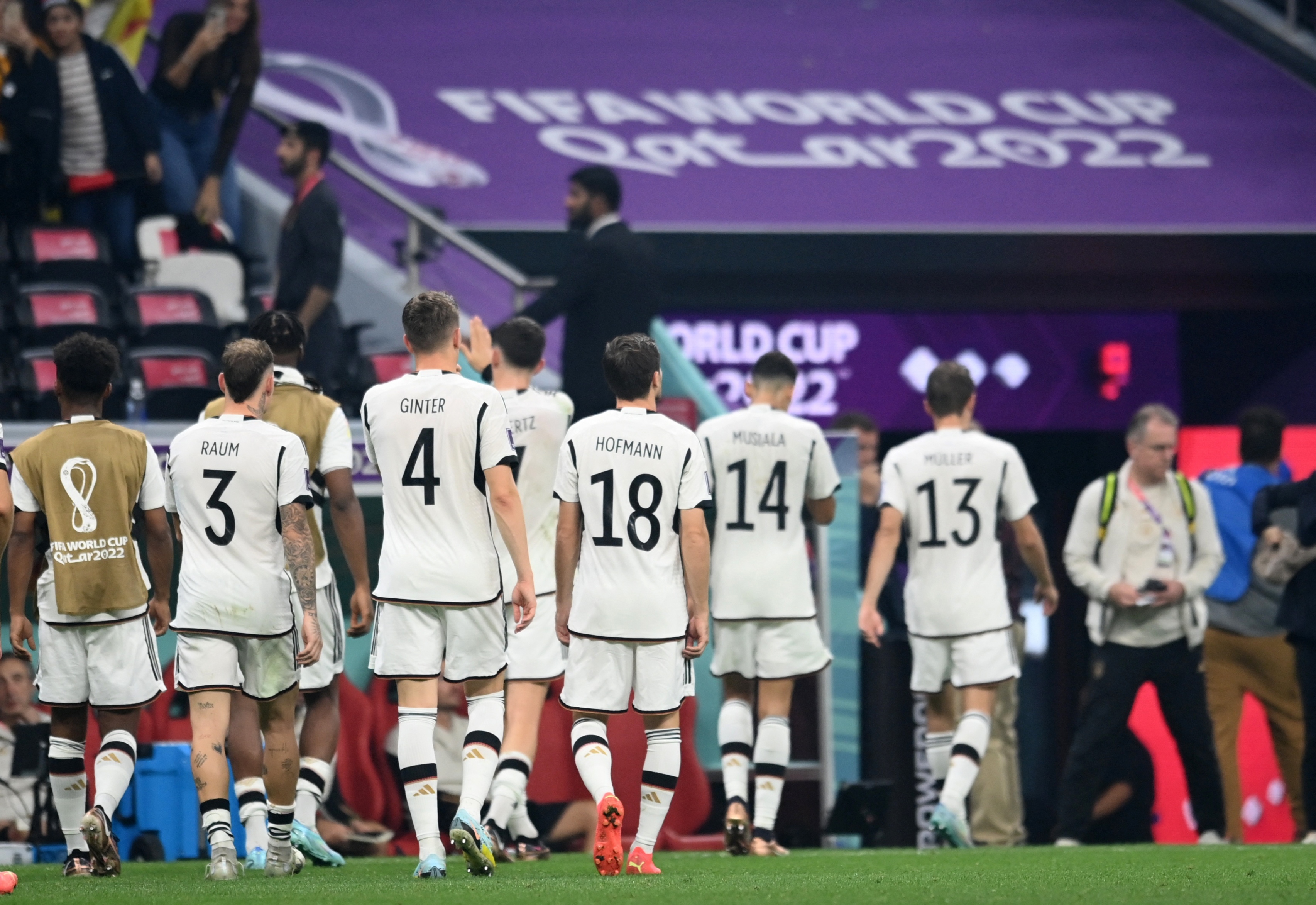 The German national team bid farewell to the 2022 World Cup from the first round of the tournament, after finishing third in its fifth group, to be the biggest surprise of the tournament so far, after the representative of Asia succeeded in overthrowing two giant teams, Germany and Spain, and beat them in the iron group and topped his group with 6 points, but at the same time Strangely lost to the Costa Rican national team.

After the match, Germany and Costa Rica, the German players entered into a state of shock and amazement, despite their victory over Costa Rica, and it was natural for them to accompany Spain if it succeeded in defeating Japan, but the latter had a different opinion and beat Spain to eliminate Germany’s chance to be in the second round.

This is the second time in a row that the German national team, which has four World Cup titles, has bid farewell to Russia 2018 from the same stage, ending a great era of the generation of distinguished players such as Neuer and Mueller, after the great failure in the Qatar 2022 World Cup.

The German national team players remained inside the stadium after the match, not understanding what was happening, and that they left the tournament in the first round, and a number of fans remained present for a while after the match.