Watch the Japanese ambassador to Saudi Arabia on the camel .. “You will be addicted to the love of the desert” 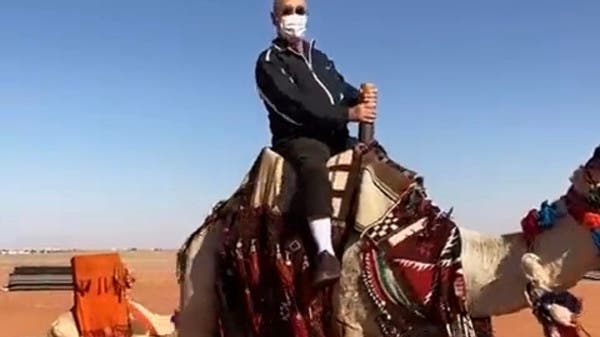 The Japanese Ambassador to Saudi Arabia, Fumio Iwai, expressed his happiness at visiting the King Abdulaziz Camel Festival and riding a camel for the first time in his life.

And he said in a tweet he posted on his Twitter account today, Saturday: “I was delighted to visit the King Abdulaziz Camel Festival yesterday. The beautiful thing is that for the first time in my life I experienced camel riding.”

He also added: This festival is considered the largest camel festival in the world.

In addition, he told his fans that he had learned a few new Arabic words that describe the colors of camels, such as (Al-Wadh, Al-Shaqh, Al-Sha’al, Al-Khamr, Al-Safar, and Majaheem).

Twitter users interacted with the video posted by the ambassador on his own account, welcoming the ambassador and proud of sharing their interests and love for camels, emphasizing their pride in the Saudi-Japanese relations.

Some of them assured the ambassador that he would “addicted to love the Arabian desert at such times of the year”, wishing him to enjoy riding a camel.