SportsWatch the moment a stadium security employee fell with Ronaldo's shot... and...
Sports 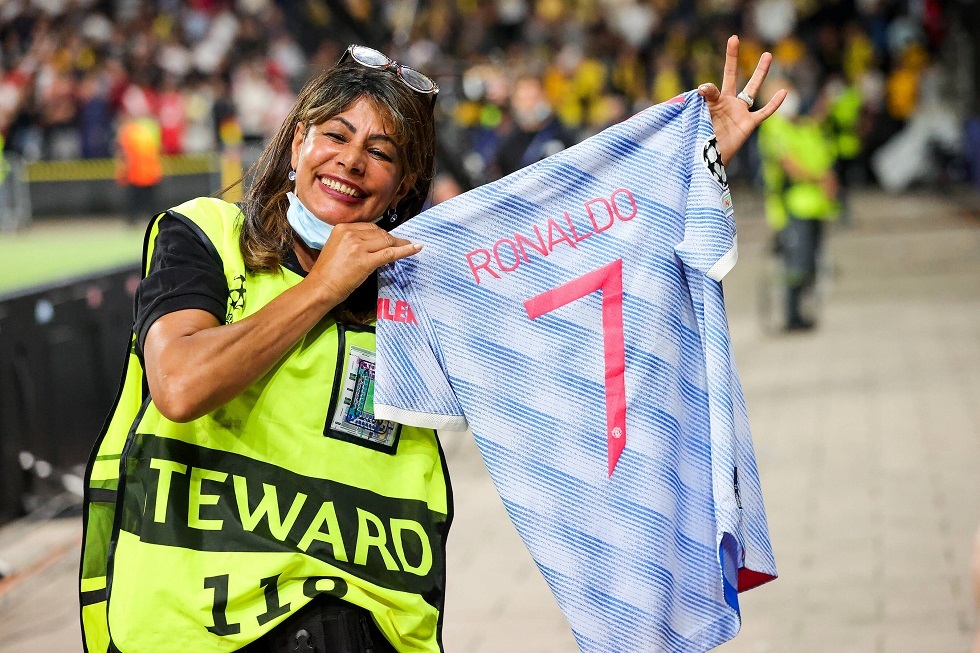 The incident of the Portuguese star of Man United, Cristiano Ronaldo, and a stadium security employee at the (The Swiss) stadium, the stronghold of the Swiss team Young Old Boys, received wide follow-up in the European media yesterday, after the employee was subjected to a strong shot from Ronaldo during the warm-up period before the start of the round of matches. Groups between the two teams, fell to the ground from the intensity of the shot.

Cristiano Ronaldo knocked out a steward with his shot in training before the match.

He jumped the barrier to check up on him while he received medical attention ❤️pic.twitter.com/YOBkqs3fEV

And the British newspaper “The Sun” reported that Ronaldo did not hesitate to rush to check on her, as she received first aid, and was able to get up after that, and Ronaldo gifted her his shirt, and she took souvenir photos with the CR7 shirt, expressing her happiness, despite receiving a strong blow. On top of that was the result of the “missile” shot. It is noteworthy that the match witnessed Ronaldo scoring a goal for Man United, while his team lost the match in a big surprise against the hosts, 2-1.

Previous articleRosneft shares soared at trading by almost 6%
Next articleTickets sold out for UFC 267.. Blahović vs Teixeira