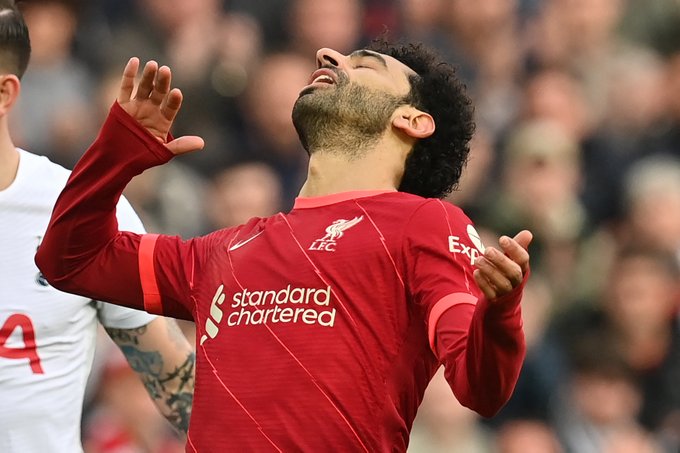 The Egyptian star Mohamed Salah rarely makes exciting statements before the matches or declares the challenge against a team, but he did so at a very difficult time of the season in which the English team is competing to win a historic quartet and announced the challenge against a team that succeeded in eliminating Paris Saint-Germain, Chelsea and Manchester City, which is The Real Madrid team, for the Egyptian player to open the door to criticism, especially after the team failed to overcome the obstacle of Tottenham and the dream of regaining the English Premier League title moved away a little in favor of Man City.

This came during a video interview that the player made while he was crowned the best player in the English Premier League for the “Sky Sports” network, where the player answered all the questions directed to him, including that he really wants to meet Real Madrid in order to take revenge after losing the final match of the Champions League In 2018, the player indicated that it was a miserable day for the Liverpool team and that he really wanted to take revenge on Real Madrid.

The video was filmed before Tottenham’s match in the 36th round of the English Premier League, which ended in a draw, and during the meeting, the player confirmed that everything is going well, and at first we should focus on the remaining league matches for Liverpool before thinking about the Champions League final.

Salah indicated that Liverpool can win three cups, as he won a championship and awaits two final matches. As for the English Premier League, the fate of crowning the title is in the hands of Manchester City, which presents a more than wonderful season, as the team must stumble in a match until Liverpool succeeds in achieving the title, provided that we win all the remaining matches. .

Salah recorded catastrophic statistics in an unprecedented way during the Tottenham meeting, as he failed to implement any correct cross ball, or shot on the goal, while he lost the ball 20 times, in addition to the failure of scoring or making goals, Salah also succeeded in one correct dribble, and he excelled in the duos 5 times out of 13 attempts, he succeeded with only 19 correct passes.

And the newspaper “Liverpool Echo” indicated that fatigue began to affect Salah, which is the reason for the significant decline, due to his many participations with the club and the national team this season.