Watch .. This is how Ukraine exploited a “fatal” defect in Russian tanks 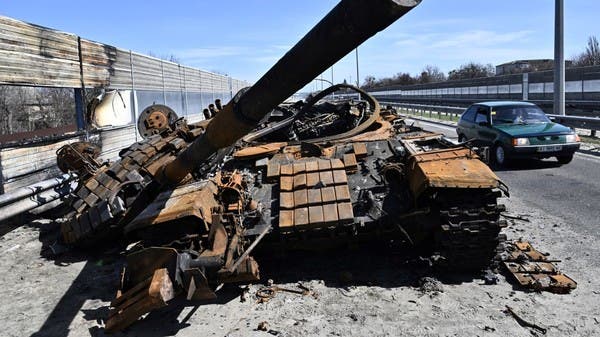 The sight of exploding Russian tanks lying along Ukrainian roads is an indication of a design problem known as the “jack-in-the-box” defect. The error has to do with the way Russian tanks keep ammunition.

In these tanks including the T-72, the Soviet-designed vehicle that saw widespread use in the Russian invasion of Ukraine, all the shells are placed in a ring inside the tank’s body. When an enemy projectile hits the right spot, the munitions can quickly “explode” causing the tank to explode in a fatal blow, according to the Washington Post, which has prepared an illustration of the tank.

“For the Russian crew, if the munitions compartment is hit, everyone dies,” said Robert Hamilton, a professor at the US Army War College, adding that the force of the blast could “immediately vaporize the crew and everyone would be dead.”

British Defense Secretary Ben Wallace estimated this week that Russia has lost at least 530 tanks, either destroyed or captured, since the invasion of Ukraine in February.

“What we’re seeing now is that the Ukrainians are taking advantage of the tank’s flaw,” said Samuel Bendet, a consultant at the Center for Naval Analytics, a federally funded nonprofit research institute, as Ukraine’s western allies supplied anti-tank weapons in large quantities.

Ukraine, for its part, also uses Russian-made T-72 tanks, which are facing the same problem. But the Russian invasion relied on a large-scale deployment of tanks, and Ukraine was able to respond better than expected. Analysts say the defect speaks of a broader difference in methods between Western and Russian armies.

“Ammunition on most Western tanks can be kept under the tank’s turret and protected by the heavy hull,” Hamilton added. “Even early versions of the M1 Abrams tanks in the 1980s had robust anti-explosion doors separating the crew inside and stored ammunition.”