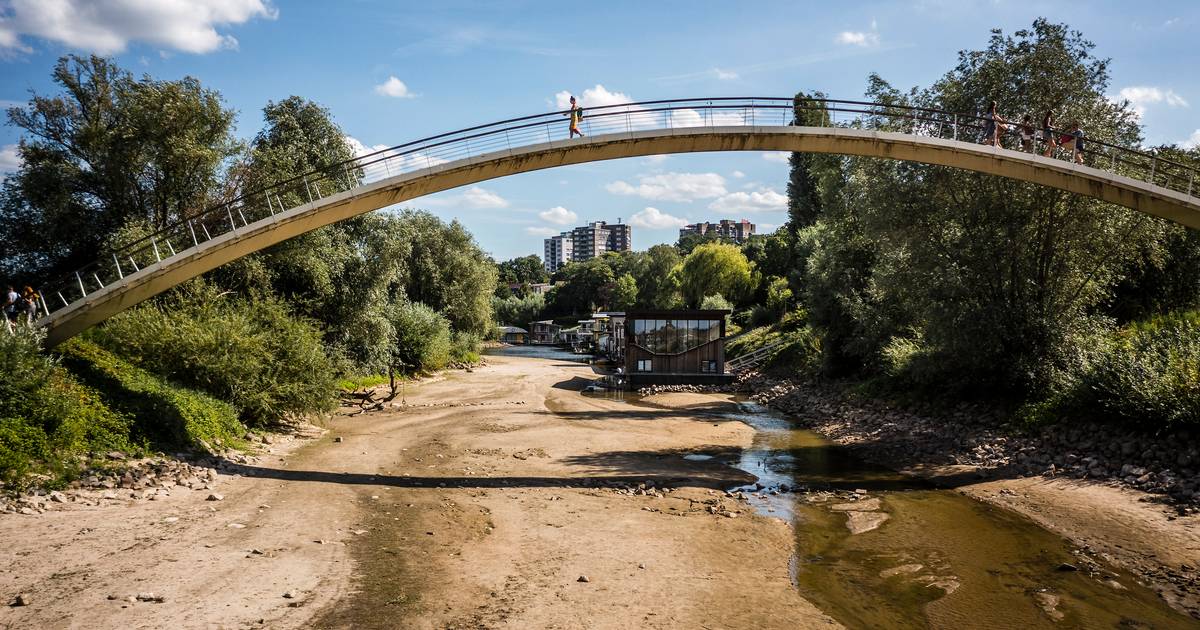 The water supply in the Dutch rivers has decreased further. This is evident from Rijkswaterstaat’s new drought monitor. The flow of the Rhine at Lobith has fallen to 780 m3 per second and will decrease further in the coming week to 750 m3 per second. According to Rijkswaterstaat, this is ‘exceptionally low’ for the summer period.

The supply via the Meuse is also declining and is expected to decline further. “The precipitation deficit has increased and will increase further in the coming week due to the high temperatures and the lack of precipitation. After that, it may rise less rapidly or remain the same. The water levels in the IJsselmeer and Markermeer are falling, but there is currently enough water available to meet the water demand,” writes Rijkswaterstaat.

The Water Shortage Management Team (MTW) ​​will meet tomorrow to discuss whether new measures are needed. Since last Wednesday, the Netherlands has officially been struggling with a water shortage due to the ongoing drought. The scarce water will be distributed according to legal agreements, so that dikes, peatlands and very vulnerable nature areas are supplied with water for as long as possible.

Many measures have already been taken to retain water, maintain water quality and distribute the available water as optimally as possible. Additional water is supplied where necessary, and temporary pumping installations are being used in more and more places. Large-scale abstraction bans from surface water have been introduced in the south and east of the Netherlands. Agriculture is affected as a result.

Blue-green algae, botulism and fish kill at various locations, sometimes resulting in a negative bathing advice. According to the government, there is ‘a small increase’ in the number of local warnings for bathing water quality.

Niels Houben of the visa ambulance is going out all over Brabant to rescue pikes in respiratory distress due to the ongoing drought: