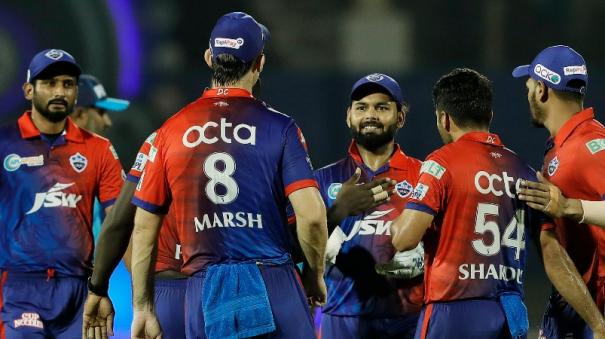 MumbaiNew Delhi: The Delhi Capitals thrashed the Punjab Kings by 17 runs in the IPL T20 cricket match yesterday to strengthen their chances of advancing to the play-off round.

Shardul Thakur put pressure on Punjab to chase down the target of 160 and took two wickets in a row. Using this, Akshar Patel and Kuldeep Yadav took 4 wickets for 28 runs in 7 overs.

Thus, Punjab managed only 142 runs in 20 overs. With this victory, Delhi advanced to the 4th position in the list with 14 points. Playing in 13 matches, Delhi have recorded 7 wins and 6 defeats.

Punjab, meanwhile, were relegated to 7th place in the table with 12 points from 13 matches with 6 wins and 7 defeats. The current defeat has dimmed Punjab’s play-off chances.

Commenting on the victory, Delhi captain Rishabh Bandh said, “Throughout the series, we won one match and lost the next. We wanted to turn this into a team. We have reached it. Livingston’s pace was good, it’s part of the game. Can’t fault Warner. Because throughout this series, he has been playing wonderfully.

The reason why Kuldeep Yadav was not given an extra over in the innings was because we defended him in the second half of the match.

It was snowing after that. Thus we do not want to give a big over just for one. In that situation, the course of the game was a balance between the two teams. “