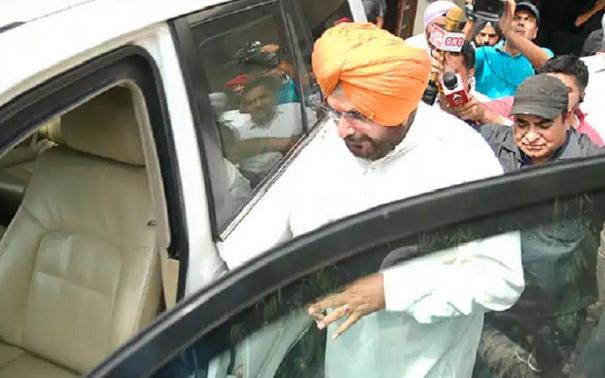 Navjot Singh Sidhu has approached the Supreme Court seeking a few weeks’ imprisonment. He has made this request citing his health condition.

Earlier yesterday (May 19), Navjot Singh Sidhu was sentenced by the Supreme Court to one year rigorous imprisonment.

The Supreme Court issued the order in a 34-year-old case involving the death of a 65-year-old man in a car-parking collision.

In this context, senior advocate Abhishek Manu Singh filed the petition in the court today on behalf of Sidhu. Following the hearing, Justice AM Konwilkar directed Chief Justice NV Ramana to take up the matter. Sidhu has demanded that he be given a few weeks to surrender due to ill health.

Case Background: In 1988, Navjot Singh Sidhu and his friend Rubinder Chandu got into an argument with Kurman Singh, 65, of Patiala over car parking. At the end of the argument, Sidhu pulled Kurman Singh out of the car and attacked him. Kurman Singh was injured in the incident. Then he died. The clash, which started as a scuffle, ended in casualties.

Gurman Singh’s family approached the Supreme Court against the Patiala court verdict. Adequate evidence was not submitted during the hearing of this appeal. Similarly Sidhu said “I hit that person. But can anyone die in one fell swoop?” That raised suspicion. The court acquitted Sidhu of the suspicion on the ground of lack of evidence. However, he said it was wrong to hit a senior citizen and fined him Rs.1000.

Under these circumstances, the family of Kurman Singh filed a petition for revision of the judgment. In the petition, it was demanded that Sidhu should be given a somewhat harsher sentence. The petition came up for hearing before a bench of Supreme Court judges yesterday (May 19). At the time, the judges sentenced Sidhu to one year in prison.