“We still have business checks for “out of bounds” cases” 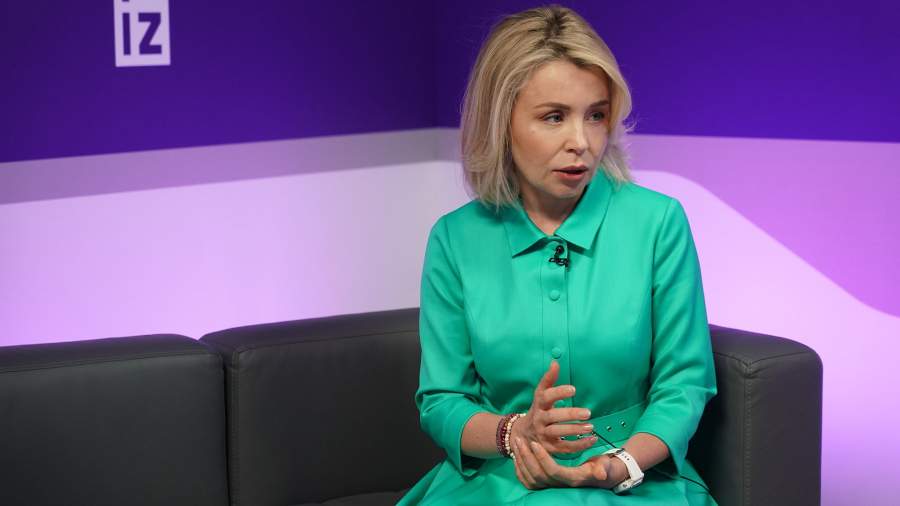 Only 12 regions of Russia can boast of sufficient quality of water purification, while the rest have these indicators below the standards, Svetlana Radionova, head of Rosprirodnadzor, said in an interview with Izvestia. She also explained why her agency wants to stop licensing waste transportation, transfer its functions of overseeing nature reserves to the Ministry of Natural Resources, whether the termination of business inspections initiated by the government will affect the environmental situation, whether local authorities are coping with separate waste collection and recycling, and what is involved mass death of dolphins in the Black Sea. The interview took place within the framework of the St. Petersburg International Economic Forum, which takes place from 15 to 18 June.

“Empty is gone, the real remains”

— This year SPIEF is held under the slogan “New World — New Opportunities”. New world, will it be dirtier or cleaner?

It must be cleaner, or it won’t be. I am categorical, but this is a property of the controller. Besides, I’ll scare everyone better and we’ll do well than I won’t.

– Last year, the green agenda was actively discussed, but now it seems that the world is hers. And if I didn’t forget, then I moved it very far. Are you not offended?

– The empty is gone, the present remains and this is for the better. It was even indecent: even those who did not understand anything about it spoke on the topic of ecology. We don’t need empty words. We need a result.

— The government exempted business from inspections. Perhaps, in the current conditions, this is true. But will this freedom not be used for harm and not for good?

– On behalf of the government, we, like all controllers, canceled checks. In general – more than 7 thousand However, all big business says that it is not going to leave the environmental agenda. Of all the companies with which we spoke, there was not a single one that said that this topic is not a priority today. And this is probably the main thing.

This is a high level of trust…

“We still have checks for out of bounds cases. This has not gone anywhere, not a single control technique has been canceled. The courts do not stop either, we are quite active in this field. Give businesses the opportunity to regroup – yes, we are ready. We are ready to give an opportunity to replace one technology with another without going through lengthy procedures in environmental, state, and construction reviews. Leave the site – no, not ready.

“We are not at war with business”

— What areas of the environmental agenda are you most concerned about today?

“We are waiting for the state to be more active in terms of the construction of environmental infrastructure facilities. We are particularly concerned about water purification. For us, this is a top priority, because water is the new oil. At the same time, only 12 regions in our country can boast of sufficient quality of water purification. The remaining 73 have indicators below the standard. At the same time, among them there are those who do not fit into any standards at all.

— Are you ready to offer any stimulus measures for business?

— On our initiative, an experiment was launched to advise businesses on the compliance of new investment projects with the requirements of environmental legislation. We tell you what problems may arise in this or that case, how to avoid them and resolve the issue with minimal costs – this happens before the company makes any serious decisions.

— Is the business appealing?

— Two weeks ago we signed the relevant documents with Norilsk Nickel, and we will sign an agreement with MetalInvest at the forum. It will be a big story, several more enterprises will become its participants – for example, LMK. Even entire subjects of the country come up with the question of whether they can be included in this experiment. We are the first of the regulatory bodies to conduct such an experiment.

Is the war in absentia with big business over?

We don’t fight at all. At some point, we will always have different positions, this is normal. We are not ready for a conciliatory position, but we can give a choice, warn about the consequences of certain actions.

“How much you hurt, you paid for so much”

— Has the story with Norilsk Nickel and the diesel fuel spill that happened through their fault been closed?

“The story continues because the aftermath is being eliminated. To date, reclamation of 27 hectares is still underway, utilization of the collected soil. The company continues to rethink its technological process: after all, there was a tank that itself collapsed, and was the same nearby – it was also filled with oil products. Even then we drew attention to it, although it was not in our powers. It’s been disassembled now. The entire system is being upgraded.

I think this is a good incentive. Well, you know, until it breaks out in our country, they won’t cross themselves. One burst out, everyone crossed themselves.

– A few more questions on resonant stories. The network often discusses the situation around the death of dolphins in the Black Sea.

Yes, there are such facts. Many animals washed ashore. Many have been damaged by nets – these are mostly not Red Book bottlenose dolphins that have enough strength to escape, but white-barreled dolphins. Now transparent Chinese nets are being used, and dolphins are injured and killed in the sea. As for the stranded individuals, we took a sample of the water and do not see that this is due to pollution.

– In the Novosibirsk region, there was a resonant story with a pig farm that poisoned the river with its effluents …

— It seems to me that this is an example of the barbaric attitude of specific people. After all, someone did it.

So it’s not a system?

No, this is not a system. These are isolated cases. People who threw a hose into the forest, onto a water body and dumped any kind of waste are just barbarians.

“Powers must be exercisable, real and effective”

— How is the ecological situation in the regions? Where is worse, where is better?

Everyone always asks where is worse. It is worse where there is a lot of industry. Another difficult problem is the sorting of municipal solid waste. Today it is very difficult to involve regions in the processing of secondary raw materials. The governors say: “We have nowhere to put these products, we cannot select them, we do not have enough capacity for sorting.” People tell scary stories about how sorted garbage then ends up in one tank …

Of course, there are problems with the purity of the air – Chelyabinsk, Krasnoyarsk, Norilsk are the same.

There is a big problem with treatment facilities and the improvement of water bodies. Today, this is one of our priority areas of activity.

— How did the situation on the technology market affect the purchase of treatment facilities?

– I believe that we can compensate for everything on our own, because we have companies that are capable of this.

— Do you expect that the business, which used to be focused on imported equipment, will be invested in this direction?

Yes, I think they will invest in it. At the moment we have such an agreement. We are closely monitoring the situation.

– Now they are discussing that your department plans to give up some of the powers. What for?

We are doing a big audit. If you have something at home that you don’t need or use, it’s best to get rid of it. It takes up space, distracts you. We believe that powers should be realizable, real and effective. If these three components are not available in the powers, then they must be abandoned.

We are discussing two key points now. We proposed to the Ministry of Natural Resources that we take away the powers of specially protected areas (SPNA) – this is the supervision of animals, supervision of hunting resources and forest supervision. We want to transfer 30 protected areas to them, it seems to us that this is right. They already have such powers, we have only a “tail”.

The second point is that we want to abandon the licensing of waste transportation, because we believe that it is inefficient. Today, anyone can get a license, but it is virtually impossible to verify this. Why bother with extra paperwork that doesn’t make any sense?

We now say that there are 1,400 license holders for the disposal of waste from the use of goods. We only tested 287 of them. 70% do not recycle. Let’s get the licenses. Why are they filling the market?

“People from Rosprirodnadzor are the best people”

— Have there been any new interesting environmental initiatives recently?

— We have launched a hydrocarbon calculator on the Greenium.rf platform. This is a test that anyone can take and in 30 seconds calculate what kind of hydrocarbon footprint they leave. I have it, for example, eight times more than the average Russian.

– Due to frequent flights. They create half of my CO2. But I still believe that I bring significant benefits, this is important.

Subsequently, on the same platform, any Russian citizen will be able to get his green-ID. This will be a system for accumulating points that can be collected by doing green work.

What can be done with these points?

– Do you think that it is material benefits that can stimulate a person to reduce their carbon footprint?

– For me, this is one of the toys that can draw attention to the problem of ecology.

— And what about the Rosprirodnadzor children’s prize?

— We had 10 thousand works last year. 50 laureates went to Orlyonok, more than 200 children received prizes and recognition. We have represented all regions of Russia and 28 countries of the world – all of Europe, the United Arab Emirates, China, a lot of Latin American countries.

The award runs from March to November, and this year we already have 10,000 entries. Do you understand who we form? 10 thousand guys consciously spent their time, completed the competition task, uploaded to the platform, and this is not very easy! And there will be 30 thousand, and then 50! We form a generation of those who will help us. Only 3 thousand inspectors who work in Rosprirodnadzor are not able to change the mentality. The children will save us. And I spend a lot of my time on this, I spend a lot of government time on this, because it’s important.

– 3 thousand inspectors – is it a lot or a little?

– What are their salaries?

“Stable, but not that big. We have a very good team. People from Rosprirodnadzor are the best people.