We will bring converts to the Thai religion; We will target temples and monasteries: BJP MP Tejaswi Surya 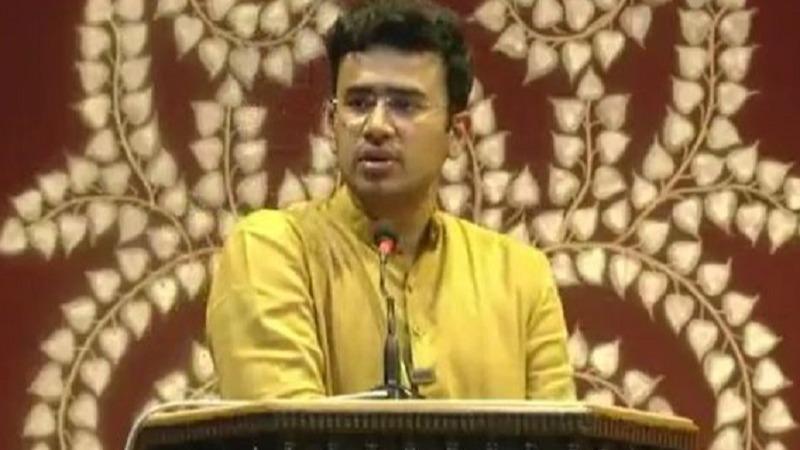 Bangalore: We will bring converts back to the Thai religion. The BJP MP said that we will target Hindu temples and monasteries for this. Tejaswi Surya Has spoken.

#WATCH Only option left for Hindus is to reconvert all those people who’ve gone out of the Hindu fold … those who’ve left their mother religion must be brought back .. My request is that every temple, mutt should’ve yearly targets for this: BJP MP Tejasvi Surya at an event on 25 Dec pic.twitter.com/8drw0lfKAh

Become like Prabhakaran! Recently, a religious conference called Dharma Sansad was held in Haridwar, Uttarakhand. Many of those who spoke put forward hate speeches. Some even spoke of the need to kill minorities. In which Hindutva leader Wasim Rizvi Jitendra Narayan Tiyagi Speaking of which, the youth of Hinduism should become like Prabhakaran and Bindranwale. If the Hindu youth change like the LTTE Prabhakaran, I will give Rs. One crore. ” Police have also registered a case in this regard. In this situation, the Bangalore BJP MP. He has expressed the controversial idea of ​​targeting and acting on conversion.

The Prohibition of Conversion Bill was recently passed by the Legislative Assembly in Karnataka. In this situation, the BJP MP. Tejaswi Surya Having said such a comment gets attention.