We will focus on Kerala after May: BJP senior leader Gopal Krishna Agarwal 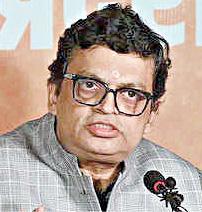 The central government led by Prime Minister Modi is implementing various reforms in the vision. As a result, industrial investment is on the rise. But businessmen are reluctant to invest in Kerala because of Marxist domination.

Uttar Pradesh is ruled by the BJP led by Chief Minister Yogi Adityanath. The Andamans are advancing rapidly in a very short period of time. The BJP can make a difference in Kerala as well.

Kerala is the intellectual capital. Kerala’s tourist destinations and spices are internationally acclaimed. It can take Kerala on the path of progress in various fields including these.

We plan to focus on Kerala after West Bengal. If the BJP government takes charge in Kerala, the state’s infrastructure will improve. Emphasis will be given to youth employment, irrigation, rubber production and agriculture. Thus he said.

Gopalkrishna Agarwal, the BJP’s national spokesperson, said the BJP had set foot deep in West Bengal. Currently under his guidance, the party leadership plans to increase the BJP’s influence in Kerala as well.