We will not compromise on Rahul Gandhi’s security: Jairam Ramesh 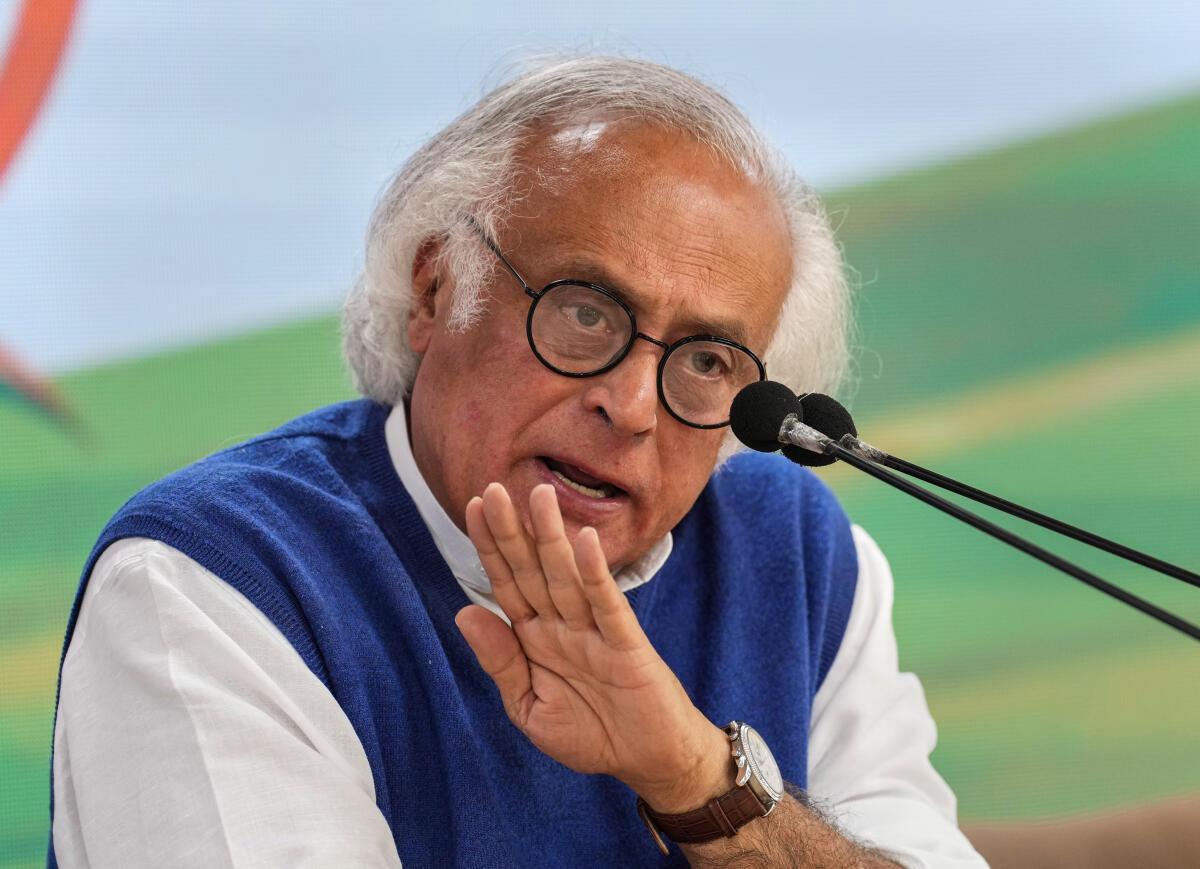 Jammu: Congress MP Jairam Ramesh said, “Rahul Gandhi’s security is very important to us. We cannot compromise on that,” while Rahul Gandhi’s India Unity Yatra is underway in Jammu.

A prominent leader of the Congress Party. Wayanad MP Rahul Gandhi’s India Unity Yatra is about to reach its final leg. The Yatra is currently on its last leg in Jammu. The pilgrimage entered the Lagnapur area of ​​Kathua in Jammu last Thursday evening. Meanwhile, two powerful bombs exploded in Narwal area near Jammu on Saturday morning. These bombs exploded while buried on the roadside. 9 people were injured. However, after a one-day break, the Indian Unity Yatra resumed today (Sunday) amid heavy security from Hiranagar area of ​​Jammu.

In this situation, Jairam Ramesh, media wing secretary of the Congress party, met the media in Chamba district of Jammu. Then he said, “There is no room for any compromise on the security of Rahul Gandhi. His safety is our priority. “We will follow what the security agencies say,” he said. Meanwhile, “All security arrangements have been made for Rahul Gandhi. Along with the police, CRPF personnel and private security company employees are providing continuous security to him,” the officials said.

Police suspect that IEDs were used in two consecutive car blasts in Transport Nagar area of ​​Narwal. Security has been beefed up in the area ahead of Republic Day.

Rahul Gandhi’s India Unity Yatra started on September 7 last year in Tamil Nadu’s Kanyakumari district. The Yatra passed through many states like Kerala, Karnataka, Andhra Pradesh, Telangana, Madhya Pradesh, Maharashtra, Delhi, Punjab, Haryana and has now reached Jammu and Kashmir. The India Unity Yatra will conclude with the hoisting of the national flag at the Congress Party headquarters in Srinagar on January 30.

Even if Junior NTR comes, there is no profit.. Like Jagan for five years: Lakshmi Parvati