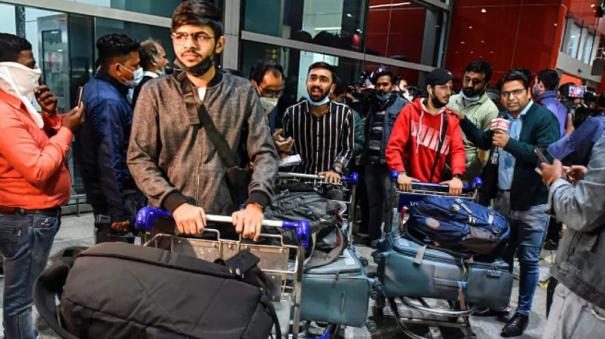 New Delhi: Last February, Russia launched a war against Ukraine. As a result, 20,000 Indian students who had studied in medical colleges there stopped their studies halfway and returned to their country. Due to this, some of the affected students have filed a petition in the Supreme Court.

The petition is being heard by a bench of Justices Hemant Gupta and Suthanshu Dhulia. The petition came up for hearing the day before yesterday. Solicitor General Tushar Mehta, appearing for the central government, argued, “Medical students who have returned from Ukraine can study together in other countries. “We are consulting with the relevant authorities in Ukraine and other countries in this regard,” he said.

Accordingly, the judges said, “The central government should take steps to start a website containing information on how students who have returned from Ukraine to continue their studies in colleges in other countries after stopping their medical studies. This will result in transparency. The central government should submit a report in this regard on the 23rd,” he said.