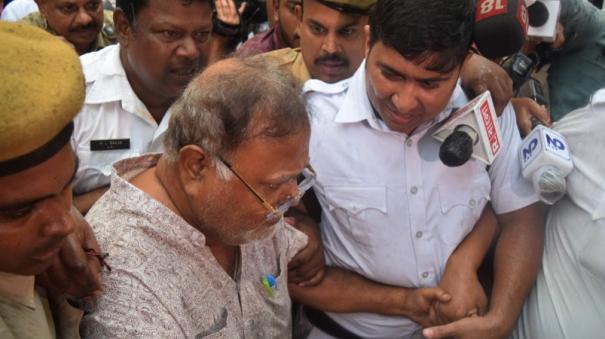 West Bengal Minister Partha Chatterjee was arrested by the Enforcement Directorate on July 23 following allegations of corruption in the appointment of government school teachers. During the raid conducted by the Enforcement Department at two different places, Rs.49.80 crore cash and Rs. Jewelery worth Rs 5.08 crore was also seized.

Partha Chatterjee is currently under CBI investigation. It has been informed that the CBI will interrogate him till the 21st in connection with the corruption in the appointment of government school teachers.

Meanwhile, the Enforcement Directorate has frozen 40 immovable properties belonging to Partha Chatterjee and Arpita Mukherjee. Flats, land in a prime location in Kolkata have been frozen along with Rs 7.89 crore from 35 bank accounts. The total value of these is Rs. 46.22 crore as reported by the Enforcement Department.

According to the Enforcement Department, Rs 103.10 crores of money, jewelery and assets have been frozen so far and the investigation is ongoing.