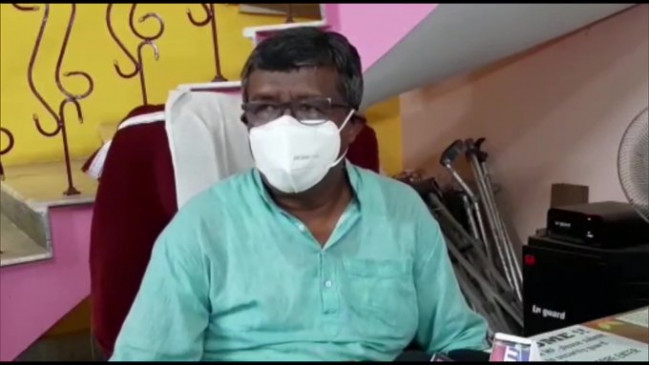 Digital Desk, Kolkata. BJP’s troubles are increasing in West Bengal. Many leaders who joined BJP before the elections are seen going back to TMC. Now the statement of MP Sunil Mandal has come to the fore. Sunil Mandal said, many of the leaders who left TMC and joined BJP are feeling uncomfortable here. He has not been heartily accepted in the party. Some people think that it is not right to trust new people in the party.

Let us inform that recently, BJP MLA Mukul Roy from Krishnanagar South assembly seat of West Bengal returned to TMC. On Friday (11 June 2021), Mukul Roy reached TMC’s office. Here he met Chief Minister Mamata Banerjee. After that he had an in-camera discussion with other leaders. After this, Chief Minister Mamata Banerjee made a formal announcement of his return home. Mamta’s nephew Abhishek Banerjee was also present on this occasion. When Mukul Roy joined BJP four years ago, many other TMC leaders also became part of BJP along with him. But now after Mukul’s return home, the chances of everyone returning to the party are said to be strong.

It is being told that Mukul Rai was running angry with BJP for the last many days. Mukul Roy’s inquiries were already reduced after Suvendu Adhikari joined the BJP ahead of the assembly elections. While the credit of making BJP strong in Mamta’s stronghold also goes to Mukul Roy. This resentment crossed all limits when the name of Suvendu Adhikari was forwarded in place of Mukul as Leader of Opposition. However, Suvendu Adhikari is also a big leader. Who has defeated Chief Minister Mamata Banerjee in Nandigram assembly seat.

Leader of Opposition in West Bengal Suvendu Adhikari had on Monday met the Governor to discuss the violence after the election results were announced. During the meeting with the Governor, the officials could take only 51 of the 71 MLAs with them. The remaining 26 MLAs did not accompany the officer. This thing has also given a stir to the news of BJP MLAs joining TMC. Now the period of political discussions has started regarding this.