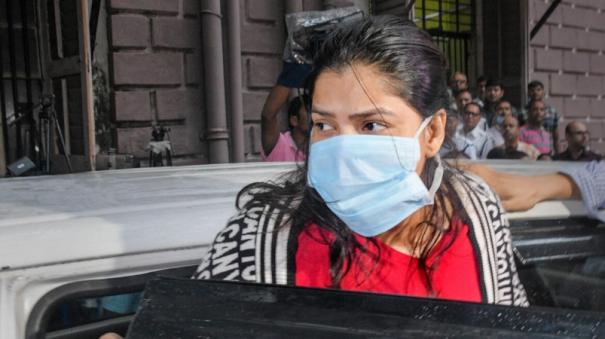 Kolkata: In connection with the West Bengal state teacher appointment scam, on the 22nd, the enforcement department officials conducted raids at various places in the state capital, Kolkata. At that time, Rs 21 crore cash was seized from the house of actress Arpita Mukherjee, who was close to state minister Partha Chatterjee.

In this case, Minister Partha Chatterjee and actress Arpita Mukherjee were arrested on the 23rd. A Kolkata court had granted permission to remand both of them for 10 days in police custody three days ago.

Meanwhile, actress Arpita Mukherjee told the enforcement officials, “In my house, all the money was kept in a room where only Minister Partha Chatterjee and his people could enter. Partha Chatterjee used my house and another woman’s house as a mini bank. The woman is also a very close friend of the minister.

Besides, the money is always brought by others. “The minister never told me how much money was in that room,” he said.

Chief Minister Mamata said, “If anyone has done wrong in this matter, we will take legal action against them if it is proved legally. But before that, the tendency of the media to report them all as thieves is not correct,” he condemned.

Meanwhile, the government car used by Minister Partha for the last 15 years was handed over to the West Bengal Chief Secretariat yesterday.

In this case, enforcement department officials conducted a search at another house owned by actress Arpita yesterday. Then they seized the money and some documents that were in fetters. Subsequently, they asked the bank officials to bring the money counting machine. They are counting the money there.

In this case, Trinamool Congress MLA and former West Bengal Board of Secondary Education Chairman Manik Bhattacharya was interrogated by the enforcement officers yesterday.