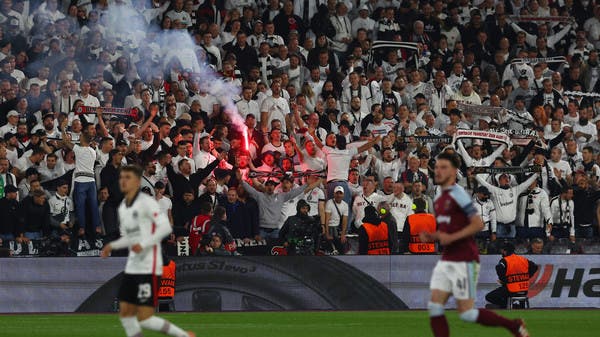 West Ham United said they are working to identify fans after allegations of attacks on German radio commentators during their 2-1 home loss to Eintracht Frankfurt in the Europa League semi-final first leg on Thursday.

Correspondents Philip Hofmeister and Tim Bruckmayer of the local station Heischer Rundfunk complained that they had been attacked after Mikhail Antonio’s goal in the 21st minute, as the two teams tied 1-1 and moved to other seats at half-time.

West Ham confirmed that they are aware of the incident and are working to identify the aggressors.

A club spokesman said: “In line with our zero-tolerance approach to violence, we will pass on details of any fan we identify to the police.

He added: “Those involved will be punished with an indefinite ban, with not being allowed to enter the London Stadium and travel with the team, there is no room for this type of behavior.”

Hoffmeister wrote on Twitter that he and his colleague are doing well.

He continued, “My best wishes for success to all West Ham fans who love football and who respect their competitors.”

West Ham, seventh in the Premier League, hosts Arsenal in the competition on Sunday before traveling to Frankfurt for the return leg next week.