What happened in Bangalore? – தொல்.திருமாவளவன் விளக்கம் 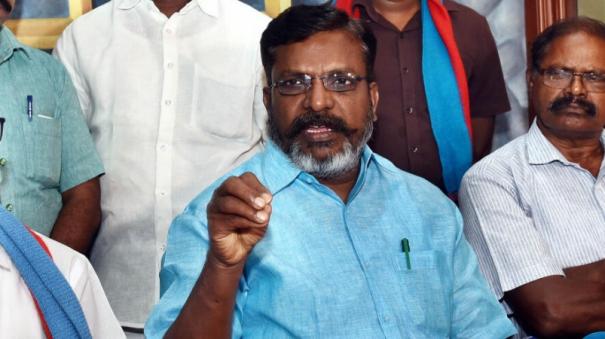 Bangalore: Vizika leader Tol at a public meeting on behalf of the Ambedkar Seva Samiti on April 24 in Sarjapur, near Bangalore. Thirumavalavan MP, Union Minister of Social Justice A. Narayanasamy and others participated.

Speaking at the meeting, Thirumavalavan said, ‘Revolutionary Ambedkar is a hero. The villain Gandhi to him at that time. During this period the villain Modi & quot; The Prime Minister spoke for about an hour criticizing Modi and the BJP government.