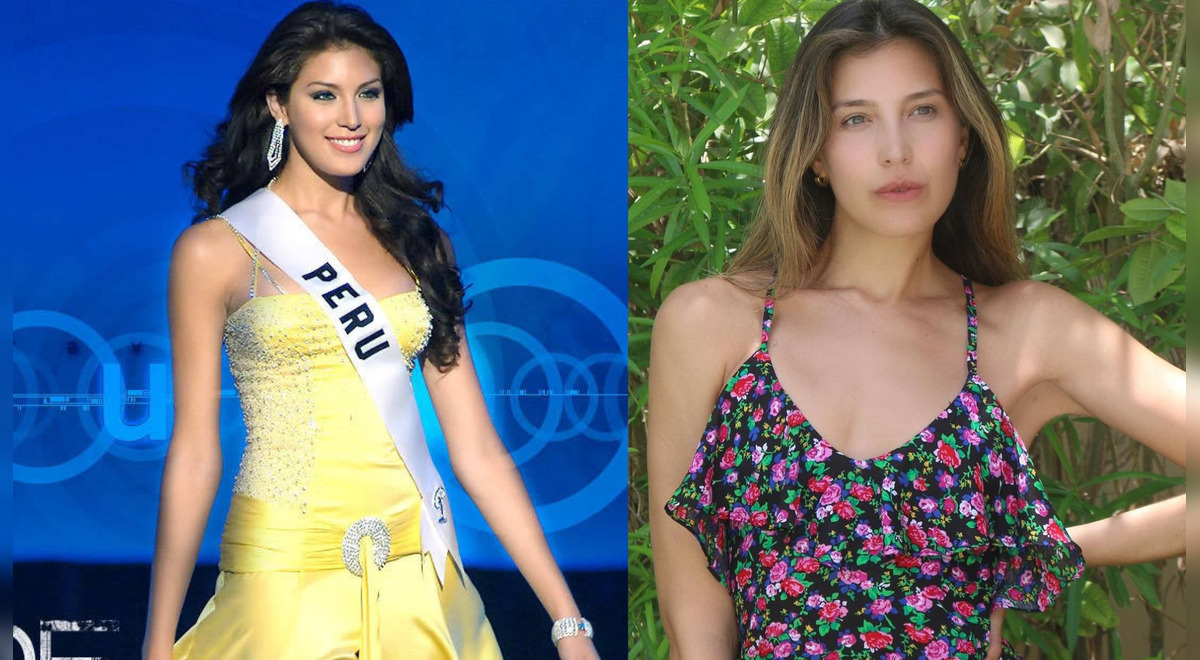 The former model Débora Sulca is considered to this day as one of the best representatives of Peru in Miss Universe. She knows what she is currently doing.

Just like Janick Maceta, the former Peruvian beauty queen Debora Sulca managed to stand out in the international Miss Universe pageant. At just 19 years old, the model dazzled the entire world with her poise and elegance, and she even came to be rated by many experts as the favorite of that edition. Despite her popularity and her good performance, Débora did not take the crown, but she did remain among the 10 most beautiful women in the worldsince it ranked sixth.

“The 81 candidates went to win. I gave my best effort, and it is not about pride, but I was qualified to be Miss Universe. In Thailand they saw me as the queen, they love me, they adore me. Everyone was crazy because, to them, I should have been in the final five. The press in that country even gave me a crown for the best stage presence. But I respect the decision of the jury“Débora expressed at the end of her partition in the beauty pageant.

What happened to Debora Sulca?

After passing through Miss Universe 2005, Débora Sulca decided to continue her career as a model in Europe, since at that time she was hired by the Model Search International agency to promote the garments of the famous designer Claudia Bertolero in Paris.

Currently, the former Miss Peru works as a professional image consultant and fashion and beauty editor. She is also a content creator and has a blog that she uses to share her passion for skincare, as well as her best beauty, style and general wellness tips and secrets that she has learned over the years. years.

The remembered catwalk of Débora Sulca

As we already mentioned lines above, Débora was among the finalists of Miss Universe 2005, and one of the things that is most remembered about her participation is her catwalk, which —according to various experts— has not been surpassed to this day, because with each step he showed a lot of security, sensuality and attitude. Here’s how she rocked herself in the swimsuit contest.

The Peruvian Débora Sulca revealed that since she was a child she always thought of modeling on a catwalk like the one for Miss Universe and wearing a large crown on her head.

“Since I was a child I imagined myself on stage with the band and a giant crown. Let everyone look at me and say: ‘yes, she is the queen’. I finished high school and began to travel with this modeling thing, but I returned to Peru and the opportunity to participate in Miss Peru presented itself, I was lucky to win and the joy of representing my country in Miss Universe,” said Débora Sulca for Telemundo.

Débora Sulca revealed how long it takes to prepare for a beauty contest?

Through his YouTube channel, Debora Sulca He was together with the Director of Miss Teen Peru, Diego Alcalde, who answered some questions related to beauty pageants. In this sense, the model was also encouraged to answer some questions from her followers and revealed if there is an adequate time to prepare and present herself to Miss Peru.

“I think that would depend on the background (experience) of the girl or if she has already participated in a contest. But At least the preparation would take a year, apart from that is the personality and qualities of the girl”Debora Sulca pointed out.