What is this, Karim? Benzema’s goal inspired by “Messi Zaman” (video) 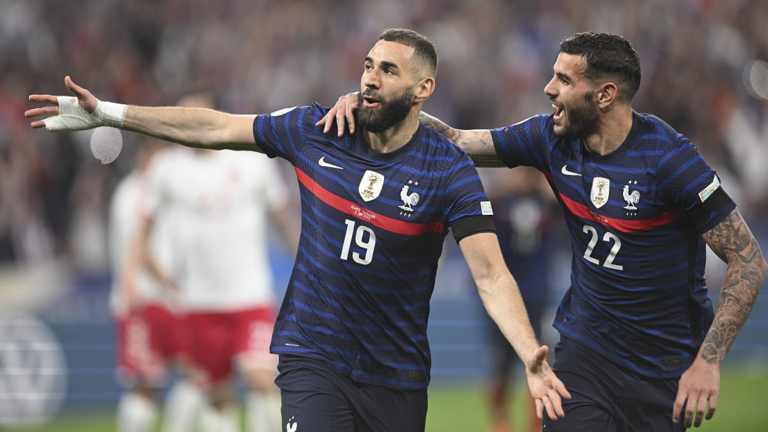 Real Madrid star Karim Benzema scored a magical goal for the French national team against Denmark in the match that brought the two teams together at the start of the European Nations League and ended 2-1 in favor of Denmark.

The pioneers of social networking sites shared Benzema’s goal after the player took the ball from outside the area and exchanged it with his colleague Nkunko inside the area before he manipulated the defenders and put the ball to the right of goalkeeper Kasper Schmeichel.

Interacting with the goal said that Benzema recalled the way Argentine Lionel Messi was scoring when he was a Barcelona player.

Here is Benzema’s goal against Denmark a while ago ⚽️👏pic.twitter.com/AuUPHRo9UP

It is Benzema’s 50th goal this season (44 goals with Real Madrid and 6 goals with France).

It is noteworthy that Benzema presents a fabulous season during which he led Real Madrid to win the Spanish League and the European Champions League title, which makes his crowning of the Golden Ball as the best player in the world a matter of time compared to the vast differences between him and the rest of the players nominated for the award, led by Belgian Kevin De Bruyne, Egyptian Mohamed Salah and Senegalese Sadio Mane.