‘What problem do you have if Rahul attends dinner?’ – Question by Mahua Moitra 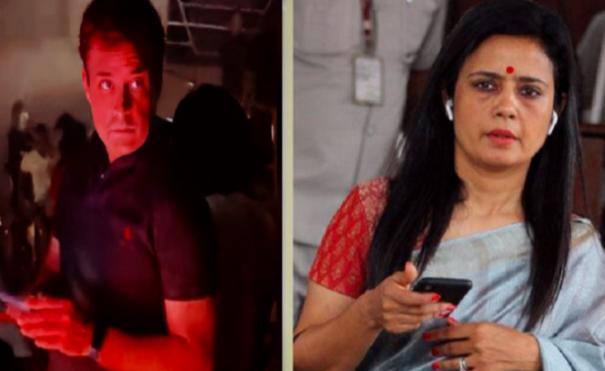 ‘What problem do you have if Rahul attends dinner?’ Trinamool MP has asked a barrage of questions to the BJP and trolls. Question by Mahua Moitra

Congress MP Many BJP leaders have been posting videos of Rahul Gandhi attending a dinner party in Nepal on their social networking sites.

In this situation, the Trinamool MP has tweeted in support of Rahul. Mahoo Moitra. He tweeted, “It is no one’s job to keep track of whether Rahul Gandhi or any other person is going to a nightclub or attending a wedding in his personal time. Has posted that.

Similarly, Bangladeshi writer Taslima Nasrin posted on her Twitter page, “Going to a politician’s nightclub is not a bad thing. In fact, there is nothing worse than watching pornography in parliament.”

Rahul Gandhi at the nightclub: Rahul Gandhi attends a dinner at a bar in Kathmandu, the capital of Nepal. This video is spreading fast on social websites.
Sunnima Udhas is from Nepal. He has been working as a Delhi correspondent for CNN TV. He has been covering various important incidents, including the Nirbhaya case in 2012 and the Malaysian plane crash in 2014. He has won various awards.

Former Congress president Rahul Gandhi and Sunni Udhas are close friends. Sunnima Udhas and Neema Martin Sherpa were married yesterday at the Star Hotel in Kathmandu, the capital of Nepal.

Rahul with Chinese ambassador? Rahul Gandhi left for Kathmandu yesterday on a five-day visit to attend the wedding. 2 people have gone with him. A dinner has been held at Kathmandu’s famous LOD for the wedding of Chunnima Udhas. Rahul Gandhi has participated in this.

2 videos have been posted on social media in this regard. In a video, Rahul is near a woman drinking alcohol. The woman is said to be Ho Yang Yi, the Chinese ambassador to Nepal. In another video, Rahul is looking at something on his cell phone. Both these 2 videos are spreading on social websites.

Congress Answer: Congress spokesperson Randeep Surjewala said, “Prime Minister Narendra Modi was the guest of honor at the wedding in Pakistan. Rahul Gandhi was not. He attended the wedding at the invitation of a friend. Is it a crime to attend a wedding?”
Congress MP Manik Tagore said, “Everyone is attending festivals and banquets. What is wrong with Rahul Gandhi attending his friend’s wedding?”

In this situation, the Trinamool MP has extended his hand of support to Rahul. Mahoo Moitra. He is known across the country for his fiery criticism of the BJP in Parliament.