When is Subman Gill going to learn? – Father’s displeasure 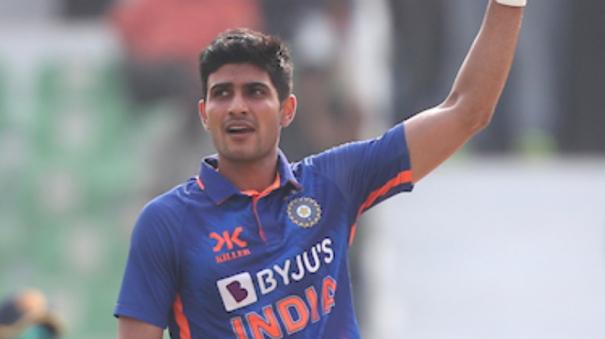 Indian opener Subman Gill smashed 208 runs off 149 balls with 19 fours and 9 sixes in the first ODI against New Zealand in Hyderabad yesterday. It was indeed a classic type of innings. Ishaan Kishan’s Kattadi Darbar is a classy one.

Gurkeerat Maan has gone to Subman Gill’s house. Then Subman had a conversation with Gill’s father. Then Subman Gill’s father told Gurkeerat Mann, “Look how he is getting out. After scoring a century, there is plenty of time to score a double. You don’t always get starts and games like this, you have to make the most of them. “When will Subman turn around and learn,” he said with displeasure.

Subman Gill takes 40 runs and 50 runs in a consistent manner. The century did not reach him. Parm is not a problem. Because if one is not in form then it is difficult to reach double digit score. He starts well, settles down, but gets out in the middle. For a talent like him, the pressure to always perform well is added. “Everybody expects Subman Gill to score big,” said Gurkeerat Singh Mann.

Yes! Subman Gill can be watched if he plays, as he is a very stylish player, it is true that if Subman Gill is out soon, the game will get tired and many will get tired. In this case, yesterday’s innings was great in terms of strike rate, but the game did not break tradition for that. Subman Gill has proved that you can score big hundreds with classic strokes, even in ODIs.