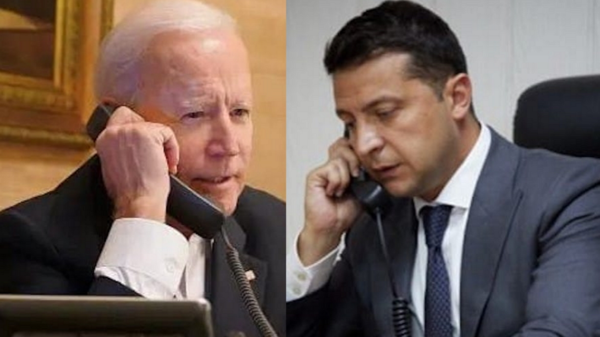 Both Washington and Kiev denied the authenticity of a CNN report detailing differences in the last call between Biden and Zelensky regarding the date and scope of a possible Russian attack on Ukraine.

US National Security Council spokeswoman Emily Horne wrote on Twitter: “This is not true. President Biden has said there is a clear possibility that the Russians will invade Ukraine in February. He has said this publicly before and we have been warning about it for months. Reports of anything more. than that or different from it is completely wrong.”

For his part, Ukrainian presidential spokesman Sergei Nikiforov denied the veracity of media reports about the Biden-Zelensky call.

He said that the correct information is contained only in official statements issued by Kiev and Washington, and all else is speculation and auctions, “and appealed to the media, “at this difficult time to deal with information as responsibly as possible and to publish only what has been carefully verified.”

This came after CNN, citing an unnamed senior Ukrainian official, said the last call between Biden and Zelensky “did not go well”, due to their differences over “severity levels” regarding a possible Russian attack on Ukraine.

When the earth freezes

The Ukrainian official described the call as “long and frank,” during which Biden said a Russian attack might be imminent and became almost certain when the ground froze later in February, and that Russian forces “may try to occupy Kiev.” But the Ukrainian president said the threat from Russia “remains serious but ambiguous and it is not certain that the attack will occur.”

According to the Ukrainian official, Biden told Zelensky that his country would not get more military aid, US forces, or advanced weapons systems.

The Ukrainian official said that Biden rejected Ukrainian calls to impose sanctions on Russia before any invasion, saying that sanctions would not be imposed on Moscow until after a Russian advance into Ukrainian territory.

The Ukrainian official told CNN that Zelensky urged his US counterpart to “calm down”, warning of the economic impact of panic, and also said that Ukrainian intelligence sees the threat differently.

The Ukrainian president indicated, according to the report, a breakthrough in negotiations with Russia in Paris, saying that he hopes to preserve the ceasefire agreement with the “rebels” in eastern Ukraine.

Russia has repeatedly denied accusations from the West and Ukraine of preparing for “aggressive actions”, saying that it does not threaten anyone and does not intend to attack any party, and that the allegations of the “invasion” are used as a pretext to deploy more weapons and equipment to NATO near Russia’s borders.