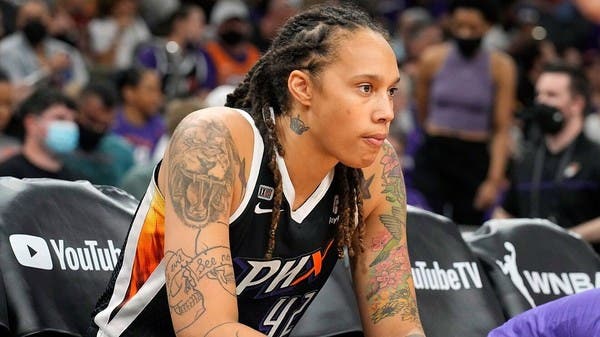 The administration of US President Joe Biden is trying to release NBA star Britney Greiner, saying that she was arrested “by mistake” at an airport in Russia for having cannabis oil with her.

According to ESPN, the White House administration is fighting more forcefully for Greiner’s release outside of legal channels.

The administration of the White House also allowed Greener’s colleagues and supporters to express their strong opposition to the decision to imprison the player, after a period of time when the legal team of Greener invited the fans after making any noise that might harm her legal position.

“Britney has been in custody for 75 days and we expect the White House to do whatever is necessary to bring her home,” Greener’s representative Lindsey Kagawa Colas told ESPN.

“With this determination, the Office of the Special Presidential Envoy for Hostage Affairs will lead the joint team to secure the release of Britney Greiner,” a State Department spokesperson confirmed to the New York Daily News.

Greiner, 31, was arrested in February at Sheremetyevo International Airport near Moscow, where Russian authorities claimed to have found e-cigarette cartridges in her luggage.

No formal charges have been brought against the American player, but a hearing is scheduled for May 19.