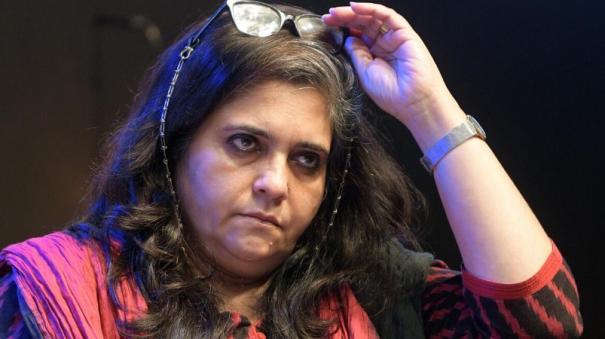 A few days back, the Supreme Court had dismissed the case against Prime Minister Modi in connection with the 2002 Gujarat riots. Gujarat police subsequently arrested social activist Teesta Seethalwad, who was the petitioner in the case.

Not only Teesta but also former IPS officers Sreekumar and Sanjeev Bhatt have been named in the case for fabricating false evidence and witnesses in connection with the Gujarat riots. Sanjeev Bhatt is in jail. Sreekumar was arrested.

Various organizations across the country have been registering their protests against the arrest of Teesta Seethalwat. He also condemned the federal government’s arrests and called for the release of the head of the UN Commission on Human Rights.

Who is this Teesta Seethalwad? – Human rights groups and NGOs have been the main culprits in the 2002 religious riots in Gujarat. Among those fighting in Gujarat is Teesta Seethalvattum, who works for the Citizen for Justice and Peace.

Teesta Seethalwad, who started her career as a journalist, is the first Attorney General of India, M.C. Granddaughter of Seethalwad. Attorney Atul Seethalwad, daughter of Sita Seethalwad. In Mumbai, he worked for The Daily, The Indian Express and Business India. If Teesta had thought, she could have become a sensational, popular journalist. But he did not choose that path. The journalism he loved was the turning point in his life.

When religious riots broke out in Mumbai in 1993, his life changed. As a journalist, he had to deal directly with riots. The riotous scenes that took place before his eyes, shook him. He then became a full-time human rights activist.

My homeland is Gujarat. I have been doing research on Gujarat since 1998. Unusual hatred has been sown and nurtured there. When the train burned down in Godhra on February 27, I received several calls of distress and crisis. When I set foot in Gujarat to find out first hand what happened, I was devastated. With all hope shattered, I felt the need to guarantee at least some hope.

Women’s anger, distrust, and men’s fearful incompetence affected me deeply. As I recorded the horror stories of the victims, the crisis of having to do something and the questions of finding answers eroded my mind. There is no solution in India for the victims of wrongdoing committed in religious riots. There is no punishment for the perpetrators. In subsequent elections they have won again and again and are getting stronger and stronger.

This is what happened in Delhi in 1984 and in Mumbai in 1992. Unlike the Mumbai riots, I have decided to fight to the end of the Gujarat cases, ”Teesta said in an interview.

When Teesta started helping the victims of the Godhra train incident, Pravin Tokadia of the Viswa Hindu Parishad was openly intimidating him.

Anti-sign: Teesta also became one of the protest icons against the Narendra Modi administration after the 2002 Gujarat riots. Teesta’s organization was one of the first to file a petition in the Supreme Court seeking an order for re-investigation and retrial in key cases related to the Gujarat religious riots.

It was at his initiative that the retrial of the Best Bakery case, which caused the deaths of many Muslims, was ordered to be held in another state outside Gujarat. This case is the main reason why the image of the state of Gujarat has collapsed in that state and in India.

As well as the criminal case of wanting to probe Modi in connection with the conspiracy behind the Gujarat riots, the late former MP Teesta was the one who filed the case in the Supreme Court along with Ishan Jaffrey’s wife Zakia Jaffrey.

It was this petition that gave rise to the need for the Special Investigation Team to investigate various allegations of direct and indirect links between Narendra Modi and his officials in the wake of the killing of Muslims. 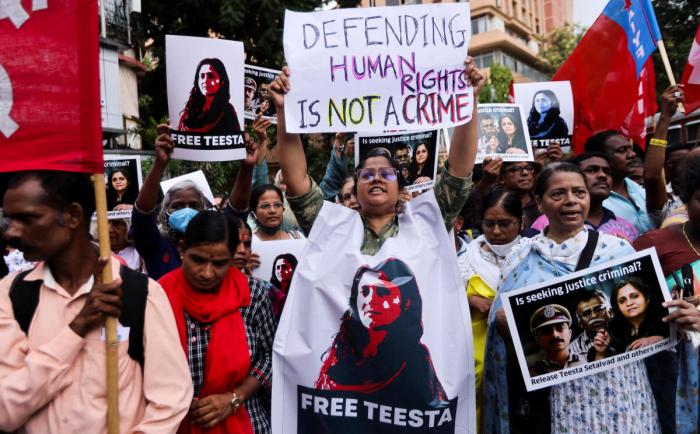 “All my strength is the strength I get from the survivors. It’s a deep, solid belief in morality. The idea that if the perpetrators of religious riots are held accountable for crime, this will not happen in the future is the reason for all of our struggle,” Teesta said in an interview.

Background of the appeal case: In Gujarat, 58 Karsevaks were killed in a Godhra train fire. This was followed by a riot on February 28, 2002 at the Gulberg Society in Ahmedabad. The former Congress MP. 69 people were killed, including Ishan Jafri. The case was seriously investigated by the Special Investigation Commission (SIT) appointed by the Supreme Court.

The then Gujarat Chief Minister Modi and several other high-ranking officials were indicted in the case. The SIT, which investigated the case, concluded that there was no evidence against 64 people, including then Chief Minister Narendra Modi. 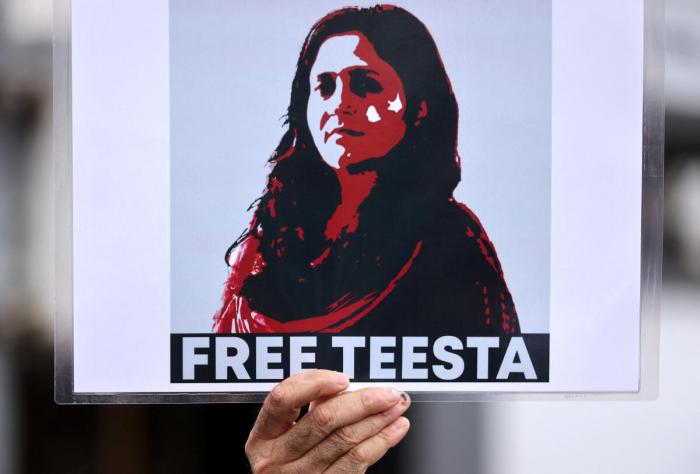 A former MP in the Gujarat High Court has objected to this. Ishan Jafri’s wife Zakia Jafri’s subsequent case was dismissed. Following this, the SIT did not properly investigate the Gujarat riots case. There is a huge conspiracy in this riot. Zakia Jafri appealed to the Supreme Court seeking a retrial. Teesta was also prosecuted along with him.

The apex court, which heard the case, recently dismissed the petition filed against the outcome of the SIT inquiry, saying it was “ineligible for trial”.