Who will the Egyptian Football Association sacrifice .. Hazem Imam or Ihab Jalal? 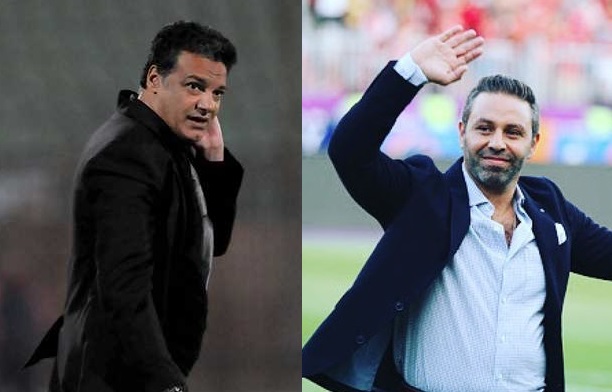 Who will the Egyptian Football Association, board member and former international player of Zamalek Hazem Emam, sacrifice, or Ihab Galal, who is expected to be officially announced as coach of the Pharaohs, succeeding Portuguese Carlos Queiroz? A question that is reluctantly repeated after the crisis that the Football Association is going through in the absence of an imam from the board of directors since the decision to choose Ihab Jalal to take over the great task, especially since Hazem and his colleague in the council, Muhammad Barakat, were inclined to the foreign coach.

And the Egyptian “ETC” channel had revealed the great rift in the Football Association, especially that Hazem Imam stuck to his position not to attend the Football Association meeting that was scheduled before Eid al-Fitr to sign the contract with Ihab Galal, and he also rejected two offers from the Football Association’s board of directors to supervise The first team, and its consent to nominate the technical staff of the Olympic team, whose formation will be announced at a later time.

Hazem Imam refused the mediation of some close to the president of the federation, Dr. Jamal Allam, to end the differences between the big star and the board of directors of the federation, but he refused, stressing that his future relationship with the council has become frozen, amid demands on his part to convince the Minister of Youth and Sports Ashraf Sobhi to accept his resignation.
For its part, the Football Association was forced to postpone the announcement of the signing of Ihab Jalal’s contract and the announcement of his assistant apparatus until after Eid Al-Fitr, in an effort to end the crisis of Hazem Imam before signing, and this is what the Federation has failed so far.