Why did the Moroccan coach exclude Ziyech from the African Cup? Halilhodzic explains! 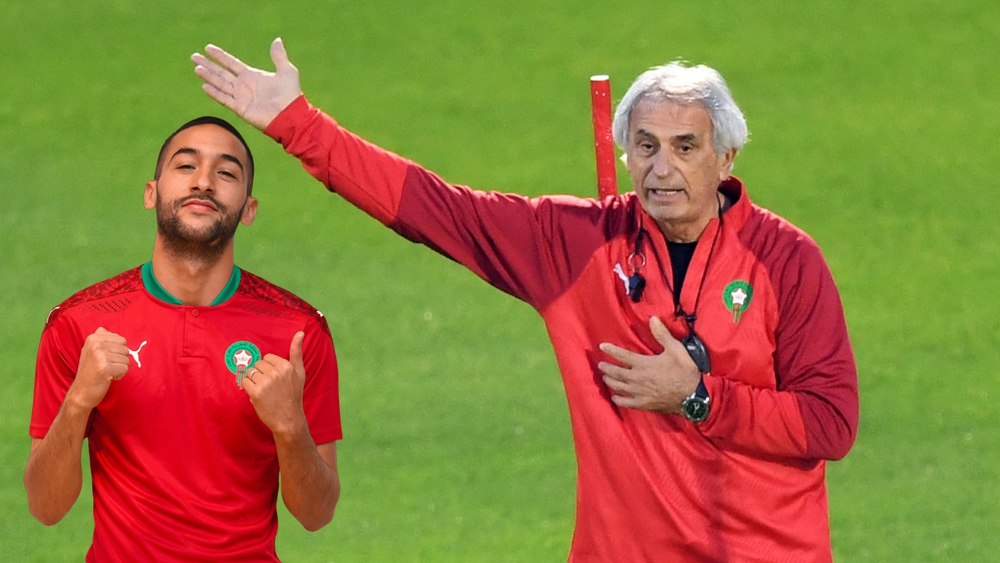 The Bosnian coach of the Moroccan national team, Vahid Halilhodzic, revealed that the reasons for excluding Chelsea’s Hakim Ziyech from the team’s list for the upcoming African Nations Cup in Cameroon are due to his lack of commitment to the rules set in the team.

Halilhodzic said in statements to the Moroccan “Le 360 ​​Sport” website, that he had set special rules regarding discipline, and that he had established strong and coherent ties between the players, and that whoever violated this would be excluded.

And speaking of Barcelona striker Abdel Samad Zalzouli joining the team, Halilhodzic said that the Royal Moroccan Federation did its best to include the player in the ranks of the “Atlas Lions”. He added that he had contacted Zalzouli some time ago, and the latter explained to him his desire to play for the Moroccan national team.

The Bosnian coach said that Faouzi Lekjaa, president of the Royal Moroccan Football Federation, will communicate with the Barcelona administration in order to allow the player to participate in the African Nations Cup, and in the event that this does not happen, the matter will be “sad,” he said.

The African Nations Cup kicks off in Cameroon on January 9 and will continue until February 6 next year.