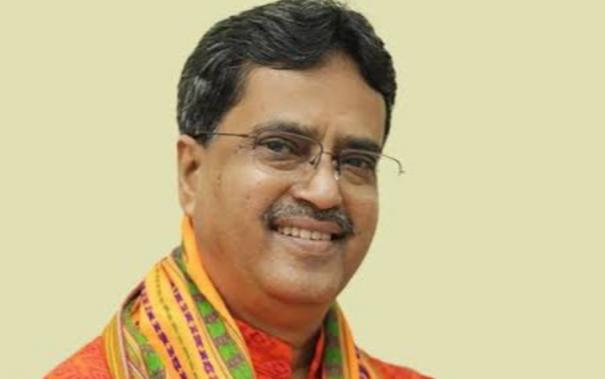 The BJP has won the 2018 assembly elections in the northeastern state of Tripura. The BJP won 36 of the 60 seats. The Marxist party, which has been in power for 25 years, won only 16 seats.

Following this, BJP senior leader Biplob Kumar Dev was sworn in as the 10th Chief Minister of Tripura on March 9, 2018. The state is scheduled to hold legislative elections early next year. In this context, Chief Minister Biplab Kumar Dev left for Delhi last Thursday on a two-day visit. Union Home Minister Amit Shah, BJP national leader J.P. He met Natta the day before yesterday. The state of Tripura was discussed in detail during these meetings.

After returning to Agartala, the capital of Tripura, Chief Minister Biplob Kumar Dev met Governor Satyadev Narayan Arya last evening. He then submitted his resignation letter to the Governor.

He later told reporters, “I have been doing good governance in the state for the last 4 years. I have now resigned as Chief Minister on the advice of the party upper house. The party is above all else. I will continue to work for the development of Tripura. I will act effectively no matter what responsibility I am given in the party. ”

A meeting of BJP MLAs to elect Tripura’s new chief minister was held in Agartala yesterday evening. Union Minister Bhupender Yadav and BJP National General Secretary Vinod Thawde were also present at the meeting. They asked the views of all the MLAs individually.

There was a fierce rivalry between Tripura state BJP leader Manik Saha and Deputy Chief Minister Vishnu Dev Verma of the royal family. Eventually Manik Saha was elected as the new Chief Minister.

Manik Saha, a dentist, was a senior leader of the Congress party. He joined the BJP in 2016. He was appointed BJP state president in 2020. He was elected statewide MP last April. He is currently the Chief Minister of the state.

Union Minister and observer Bhupender Yadav said, “Manik Saha has been elected Speaker of the Tripura BJP Legislative Assembly. Under the guidance of Prime Minister Narendra Modi, he will function effectively as Chief Minister. He will take Tripura to new heights. ”

New Chief Minister Manik Saha told reporters, “Biplob Kumar Dev proposed my name at a meeting of BJP MLAs. Other MLAs led the way. I will keep their faith. I am the grassroots volunteer of the party. I will work tirelessly for the good of the state and the development of the party. ”

The inauguration ceremony will take place this morning at the Governor’s House. Manik Saha will be the new Chief Minister of Tripura.

Why did the first one change?

BJP sources said that the Tripura Chief Minister has been transferred:

The chief ministers of Uttarakhand, Karnataka and Gujarat have been replaced in the last 11 months due to the Assembly elections. Legislative elections are set to take place in Tripura early next year. With this in mind the Chief Minister of that state has also been transferred.

According to BJP sources.