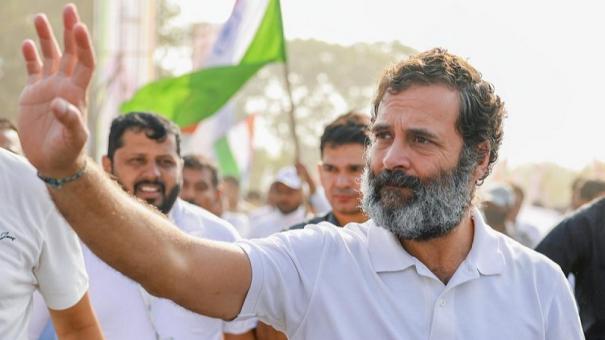 Chandigarh: Rahul Gandhi wearing only a t-shirt in the shivering cold during his India Unity Yatra has drawn criticism. In this case, Rahul Gandhi gave an explanation to the media regarding his pilgrimage.

He said: Criticisms arise as to why I wear only a t-shirt even in the shivering cold. I will explain it myself. The weather was hot when I started the pilgrimage. But when I crossed several states and reached Madhya Pradesh, the cold peaked.

This is what I am declaring from this t-shirt.
Borrowing a little pain from you. pic.twitter.com/soVmiyvjqA

Kanyakumari to Kashmir: Rahul Gandhi’s India Unity Yatra, which started on September 7 in Tamil Nadu’s Kanyakumari, has now crossed 115 days. This trip has been completed in the states of Tamil Nadu, Kerala, Andhra Pradesh, Karnataka, Telangana, Madhya Pradesh, Rajasthan and Maharashtra. It is noteworthy that the Indian Unity Yatra, which is currently underway in Haryana, will end in Jammu and Kashmir.