Why is Al-Mukhaini the best goalkeeper in the “Gulf 25” despite the final’s mistakes? Zaid Shaker explains 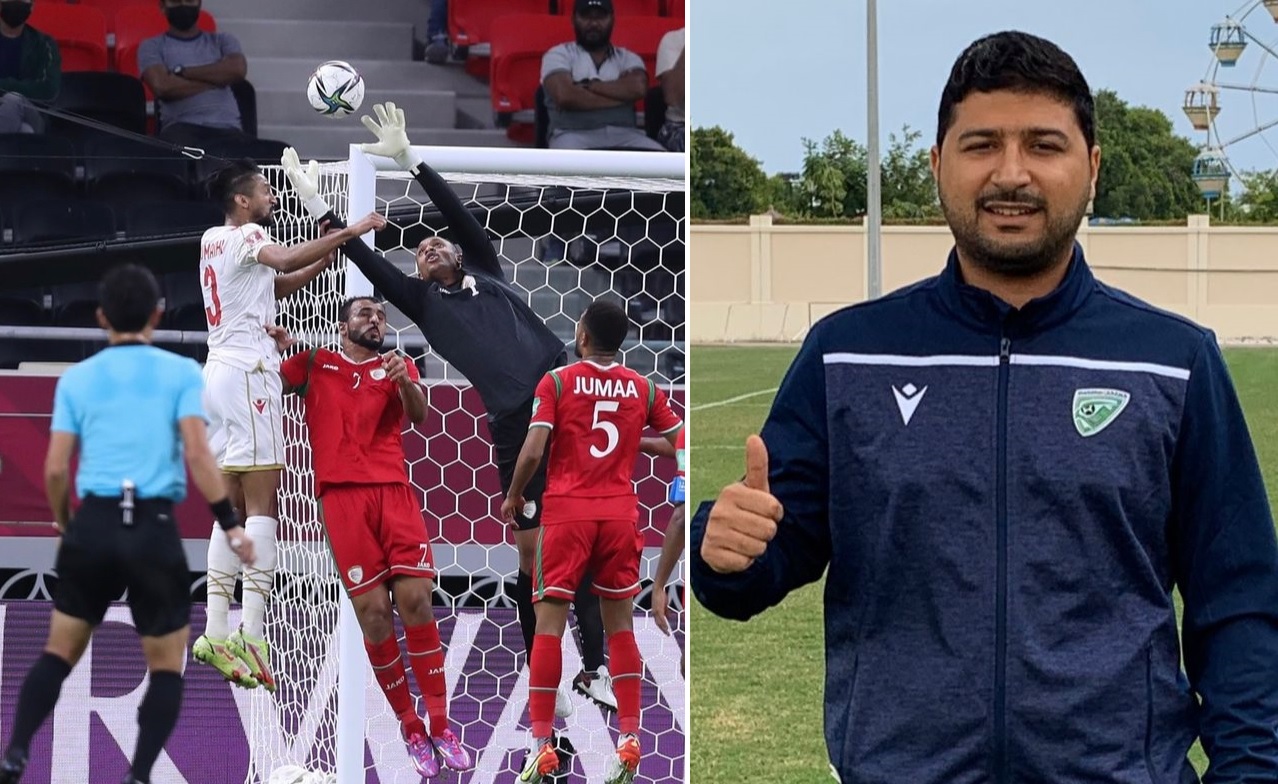 The “Gulf 25” championship presented Oman goalkeeper Ibrahim Al-Mukhaini as one of the talented goalkeepers who await a brilliant future in the next few years, thanks to his unique mental, physical and technical capabilities, so that Omani football continues to explore distinguished goalkeepers after its previous success in many Of the guards, Ali Al-Habsi is the first Arab goalkeeper to play in the English Premier League.
The Arab Gulf Cup Federation awarded the award for the best goalkeeper in the tournament to goalkeeper Ibrahim Al-Mukhaini, after he contributed to his country’s arrival to the final match, with a technical role that is considered the best among the goalkeepers of the participating teams.
For his part, the goalkeeper coach at the Khorfakkan club and the former Jordanian Al-Faisaly club, Zaid Samir Shaker, told “Emirates Today”: “The Omani goalkeeper Al-Mukhaini deserved the award despite bearing responsibility for two goals that caused the loss of the final, which is a case that rarely occurs, and despite the Omani Red’s loss of the title and evaluation.” The goalkeeper in the final, who scored 5.6 points, but he deserved the award for his great role in the Oman national team’s access to the final, as he defended his goal in the widest matches that resulted in three victories and a draw, including saving a penalty kick seconds before the end of his match with the Yemeni national team.

And he continued: “The continental and international federations used to award the award for the best goalkeeper to the goalkeeper of the team that won the tournament, but the technical levels presented by Al-Mukhini before reaching the final were sufficient to win the award, despite his responsibility for the first two goals due to his incorrect positioning and causing him to concede two goals, while the other goal was from a penalty kick.” But he managed to limit many of the attacks of the Iraqi national team.”

Shaker explained that “Al-Mukhaini was able during the tournament to obtain a high rating of 7.2 out of 10 by blocking 13 dangerous balls that could be scored out of 18, with a rate of 72%. Any of his competitors for the award, who are Qatar goalkeeper Barshim 7.1, Iraq goalkeeper Jalal Hassan, who obtained a final rating of 6.7, and Bahraini Sayed Jaafar 6.5, could achieve a similar rating, indicating that the two goalkeepers of the two finalists did not appear together. Distinctively in the final match, by committing influential mistakes that caused them to concede goals, and the technical performance of the Omani goalkeeper Al-Mukhaini is the one who nominated him for the award.”
He concluded: “In general, the tournament did not present very distinguished goalkeepers, but it did present talented guards for the future, one of whom was the Omani goalkeeper Al-Mukhaini.”