Why shouldn’t the central government set up a committee to look into the issue of free notifications? – Supreme Court Question 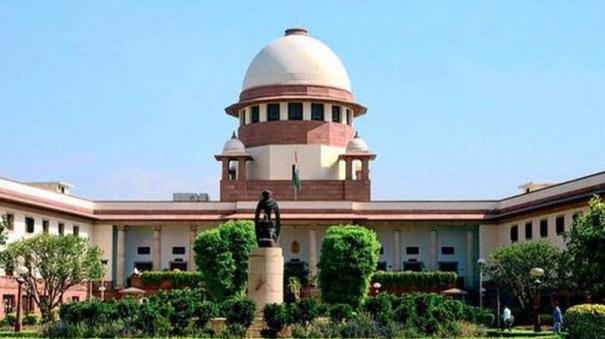 The case seeking ban on political parties from announcing election freebies came up for hearing again today in the Chief Justice NV Ramana session. At that time, the lawyers demanded that if the Supreme Court decided to set up a commission or committee to investigate and report on the issues related to election freebies, it should be set up under the leadership of “Justice Lodha”. No consideration is given to restricting freebies. So, we have to consider these two issues,” he said.

At the time, senior advocate Kapil Sibal said, “Political parties will oppose the formation of a commission or committee to look into the issue of election freebies. Therefore, a long and in-depth discussion is needed before reaching a decision on the issue.” Accepting this, the Chief Justice said, “States are already opposing the formation of a committee regarding the restriction of freebies. Therefore, why should the central government not form a committee to investigate the issue of restricting these freebies? Or why not hold an all-party meeting on the part of the central government and reach a decision?”

This luxury free notifications issue is a serious issue. Therefore, it is desirable that there should be a solution to this matter. The central government can hold a consultative meeting with all political parties and take a decision on this matter. This is a serious matter as such announcements of freebies can seriously affect the economy. Because today the opposition party may come to power tomorrow as the ruling party. Those who come to power should manage this. Freebies, which can destroy the economy, should be looked into,” he said.

At that time, Central Government Solicitor General Tushar Mehta said, “Free notices have a serious effect. Especially because of the announcement of free electricity, many electricity distribution companies face losses. This is just an example. Also, in the matter of free notice, some political parties demand free notices as a fundamental right. Some political parties “They are trying to take over the government with a notification that is free. Meanwhile, the central government will help in all ways regarding the issue of free notification of elections. At the same time, if a committee is formed for this purpose, it should be ordered to submit its report in 3 months,” he stressed.

After hearing the arguments of all parties, the Chief Justice has to decide after a detailed inquiry and discussion about the election freebies. Therefore, he ordered to transfer and list the case to a 3-judge bench headed by Justice DY Chandrachud.