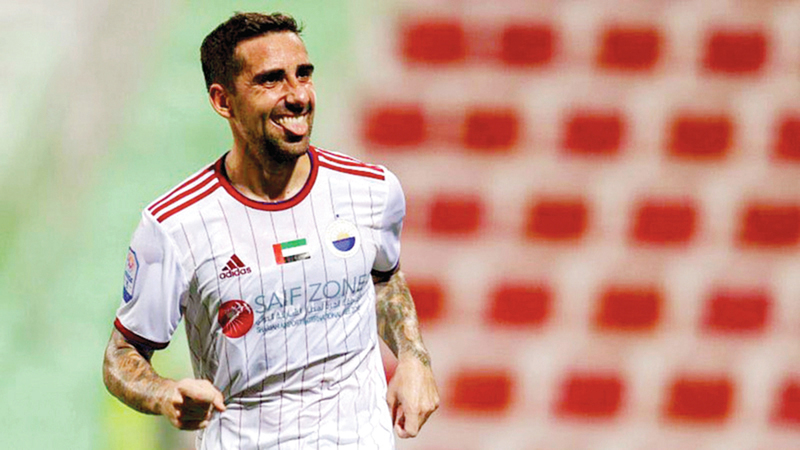 Sharjah will host, at eight o’clock this evening, its counterpart, Al-Nasr, in the 13th and final round of the first round, as the “King” hopes to win the title of “Winter Champion”, score 29 points, and finish the first round, leading the standings of the ADNOC Professional League, which it occupied until the last round with a score of 26. point, while Al-Nasr, which occupies the 12th place, seeks to move away from the bottom, avoid the eighth loss, and achieve its second victory, as it has so far only achieved one victory at the expense of Ajman with two clean goals, within the second round of the league, while it tied in four matches, and lost Seven games, with only seven points.

Sharjah and Al-Nasr took advantage of the period of stopping the league due to the participation of the first team in the Arab Gulf Cup in Iraq, through good preparation for the upcoming matches in the league, and the reassurance of each team on the readiness of its players from all sides.

As for the Al-Nasr team, which is going through difficult circumstances that made it occupy a late position in the standings of the 12 league teams, it has finally strengthened its ranks with players, the Togolese striker Benil Malaba from Ittihad Kalba, the Bosnian Samir Mameshevich, Sultan Al Shamsi, Abdulaziz Sanqour and Saud Abdul Razzaq.

Al-Nasr hopes, through the new assignments in its ranks, to change the negative image in which it appeared in the last period, and to work to restore joy to the Nasrawi fans again.

It is noteworthy that Al-Nasr achieved a big victory over Al-Sharjah in the same stadium where today’s match is being played, by 3-0, in the first round of last season’s league, but Al-Sharjah returned and defeated Al-Nasr in the second round with two clean goals.