Winter exacerbation: what are the attacks on Serbs in Kosovo leading to 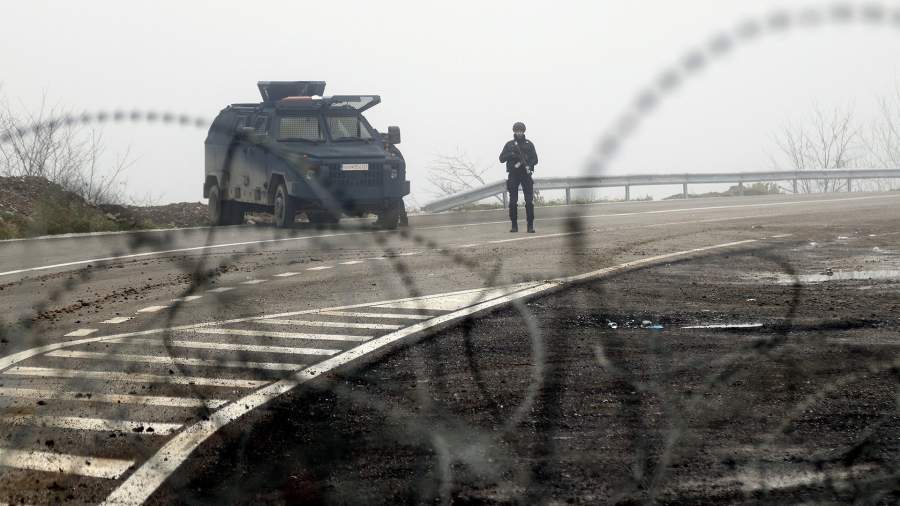 Provocations and protest moods in the partially recognized Republic of Kosovo will continue and grow. Moreover, the world community should also expect another round of escalation between Belgrade and Pristina. This opinion was expressed by experts interviewed by Izvestia. The aggravation in the region after the New Year’s lull began due to attacks on Serbs living in Kosovo on the eve of Orthodox Christmas. Although the incident was condemned in Pristina, on January 8, large-scale protests by Serbs took place in the partially recognized republic. At the same time, against the backdrop of a escalating situation, NATO rejected Belgrade’s request to bring a limited contingent of police and army into Kosovo.

The New Year holidays and Christmas, which should have been a time of peace and tranquility, turned into another escalation in the partially recognized republic. On the eve of the Orthodox holiday on January 6, a Kosovo Albanian opened fire in the village of Gotovusha, located in the south of Kosovo near the town of Strpce. As a result of the attack, two Serbs were wounded: an 11-year-old boy and his older cousin (21 years old).

“According to local residents, a man shot from a passing car. Milos and Stefan were perforated. They were shot at while they were carrying badnyaks (traditional oak branches burned on Christmas Eve – Izvestia),” Petar Petkovic, head of the Chancellery for Kosovo and Metohija under the Serbian government, wrote on his Twitter.

At the same time, the shooter himself, shortly before the arrest by law enforcement agencies, called himself innocent. Against the backdrop of what happened on January 8, several thousand Serbs gathered in Strpce to protest in support of the victims and “with a message of peace.” According to Dalibor Jevtic, mayor of the municipality, speaking at the rally, representatives of the international community need to “convince” Kosovo’s Prime Minister Albin Kurti to stop attacks on Serbs living in the region. However, it is worth noting that the head of the Kosovo government condemned the attack, stressing that the suspect should be brought to justice.

However, the shooting was not the only attempt on the night of January 7th. A group of Albanians near the city of Klokot attacked an 18-year-old Serbian boy who was returning from a Christmas service. As a result of the beating, the young man received injuries to his face, eyes, soft tissues and limbs.

According to the program coordinator of the Russian International Affairs Council (RIAC) Milan Lazovic, the protests of the Serbian population living in Kosovo will continue further. They will come in “waves”, periodically giving way to lulls, he told Izvestia.

Against this background, the Serbian authorities in January called on the world community to take urgent action.

“I condemn this heinous crime in the strongest terms and ask the international community to take immediate action and bring those responsible to justice. This is yet another in a series of horrific incidents that demonstrate the seriousness of the conditions Serbs live in every day in Kosovo and Metohija (the official name for the region used by Belgrade is Izvestia),” Serbian Prime Minister Ana Brnabic said in a statement.

In December 2022, the Serbian authorities sent a request to the command of the alliance contingent in the partially recognized republic (KFOR – NATO-led forces responsible for stability in Kosovo) to introduce Serbian units (up to 1 thousand people) into the region. However, on January 8, Belgrade was refused.

“In their carefully written letter to the Serbian government, which I also received, they wrote that there was no need for the return of the Serbian army to Kosovo and Metohija, while referring to UN Security Council Resolution 1244,” said Alexander Vučić.

At the beginning of the year, Kosovo Prime Minister Albin Kurti said that Pristina was in favor of increasing the number of NATO military equipment and soldiers, as this would “increase security and peace in Kosovo and throughout the Western Balkans region.” He also added that the authorities of the partially recognized republic are increasing defense spending and the number of their soldiers and reservists.

As noted by the RIAC program coordinator, the refusal of the North Atlantic Alliance sent to Belgrade was expected.

– But why did they consider it for so long? I think they just created the appearance of consideration, but in fact the negative answer was prepared in advance, – suggested Milan Lazovic.

An increase in the NATO contingent in the region should not be expected in the near future either, since such a step could lead to an even greater aggravation, he added. At the same time, another escalation between Pristina and Belgrade is inevitable, the expert believes.

— The situation in the region will worsen. From my point of view, in the end, in any case, it will result in a conflict of low or medium intensity, but this will not happen in the perspective of one or two months. In winter, the Serbs will do their best and make various tactical compromises, yet another artificial and initially non-working agreements with Pristina,” Ekaterina Entina, a professor at the National Research University Higher School of Economics, Head of the Black Sea-Mediterranean Studies Department at the Institute of Europe of the Russian Academy of Sciences, told Izvestia.

According to her, the forceful scenario for resolving the conflict is almost in last place on Belgrade’s list. In addition, it is not the Serbian side that acts as a provocateur, she noted. It is fundamentally important for the Serbs to show that the current situation in Kosovo and the position of the Serbs do not allow any final decisions to be made by the partially recognized republic, Ekaterina Entina stressed.