With prizes of 250 million riyals, the King Abdulaziz Camel Festival kicks off 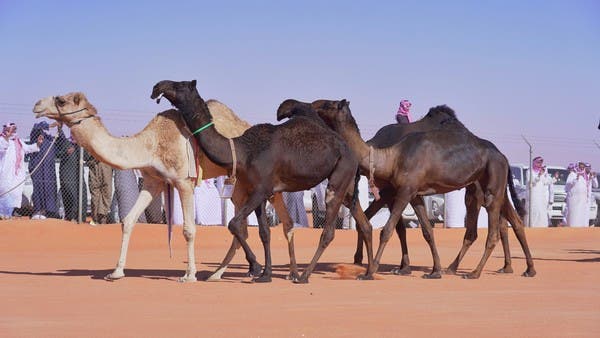 Today, Monday, the activities of the King Abdulaziz Camel Festival in its sixth edition, organized by the Camel Club, will be held in the southern yards.

This edition of the King Abdulaziz Festival witnessed an increase in the value of its prizes to reach 250 million riyals, and the launch of more than 70 rounds, which were scheduled over 43 days, continuous, including various competitions in the festival categories: “Al Majaheem, Al Mujahid, Coastal, Al Asayel, Al Shaqh, Al Wadha, Al Sha’al, Al Safar, Al Hamr, and Singles Daq Jal.” Mafarid and Qadan, in addition to the Club Cup, Shalfa, the Crown Prince, the King’s sword, the founder’s Bayrak, the elite elite, the stallion and its production, the women’s open half, the international open half, and the printing and hajj competitions.

The developments included raising the number of the stallion and its production competition to 15, including seated ones, provided that 10 are of Thanya age and younger, and the remaining five age are open, provided they are not less than single. In this version, a higher appeal committee was created, where all participants are allowed to appeal the results.

The administration of the King Abdul Aziz Camel Festival added many competitions in this edition, including the “Shaddad Shepherd” competition, the women’s open run in the singles category “Loun Al-Mughateer”, and an international open run for the singles category for all Al-Mughateer categories, and for the first time came a new competition for coastal camels, and a new competition was also approved For the Al-Qaadan category, the value of the Mazaen Al-Asayel award has been raised so that the “Asayel Camel” award is equal to the club’s cup award, and the singles award “Daq Jal Asayel” is equal to the “Daq Jal Asayel” award for all other colors.