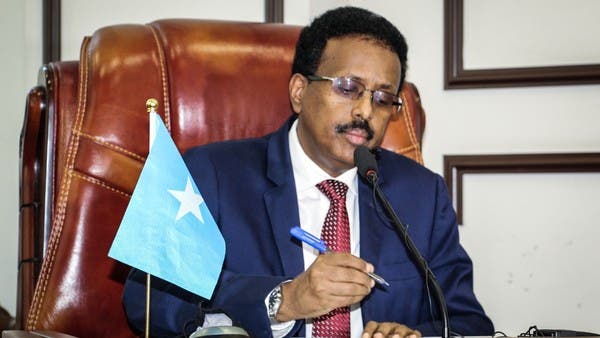 Hundreds of Somali parliament members will gather on Sunday at a heavily-secured airport to elect a new president in elections necessary to ensure the country’s continued success.

The elections have been postponed more than once due to disagreement within the government but must be held this month in order to continue the IMF’s $400 million program.

The elections are taking place during the worst drought in Somalia in 40 years, and against the backdrop of violence that the country regularly witnesses due to the war waged by terrorist groups, the internal conflict between the security forces and the rivalry between clans.

A suicide bombing, claimed by Al-Shabab, on Wednesday, wounded 7 people during political rallies near the hangar where members of parliament will meet. On Friday, fighters from the terrorist group clashed with government forces for control of a state capital.

Analysts said it was unlikely that current President Muhammad Abdullah Muhammad would be re-elected after his allies failed to win top positions in parliament last month.

The popular vote is impossible

Of the 36 candidates, only one is a woman, former Foreign Minister Fawzia Yousef Adam. About 329 parliamentarians from the House of Representatives and the Senate are entitled to vote.

African Union peacekeepers will guard the site during the expected two or three rounds of voting, which many Somalis say is traditionally influenced more by bribery than politics.

Ahmed, a former Islamist leader, took over the Western-backed transitional government in 2009, built the national army and helped drive al-Shabab out of Mogadishu.

Mahmoud, a former academic and peace activist, was accused by donors of not doing enough to fight graft while in office.