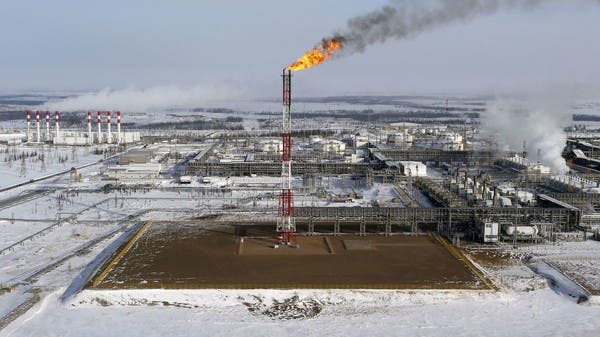 The Financial Times revealed that independent refineries in China are buying Russian oil at deep discounts, as Western countries consider suspending their purchases and explore possible embargoes due to the war in Ukraine.

In detail, an official at an independent refinery in Shandong said that no deals with Russian oil suppliers had been announced since the start of the Ukraine war in order to avoid scrutiny and exposure to US sanctions.

The official added that the refinery had acquired a share of Russian crude through state-owned commodity trading firms, which are seen as representing Beijing, and had mostly refused to sign new supply contracts.

The newspaper revealed that several ships were loaded with Russian crude, while ship brokers say that other deals may have been arranged privately.

Brian Gallagher, head of investor relations at Belgian tanker group Euronave, said incorporating Russian oil into larger vessels for transport to Asia was “unusual”. But with a $35 per barrel discount to Brent crude, Chinese refiners have an impulse to buy.

Referring to the shutdown-induced stagnation in oil demand, Gallagher said, “They don’t need it now but they can store it, and shipping provides a flexible mechanism.”

Many Western companies are self-sanctioning or struggling to provide insurance, freight or financing to purchase Russian commodity exports, raising expectations that energy-hungry China will step in and buy unsold barrels.

Purchases from independent refineries in China reveal how some importers are bypassing traditional access to cheap Russian oil.

China’s shutdowns, logistical and financial challenges from sanctions against Russia, and the risk of secondary US sanctions have dampened Chinese state-owned refiners’ appetite for any significant increase in Russian crude oil purchases.

But the shipping activity points to a modest increase in Chinese buying. Ship brokers and operators say at least 6 supertankers — each capable of carrying up to 2 million barrels of crude — have struck deals to consolidate shipments of Russian Urals crude in Europe for shipment to Asia, mostly to China and India as well. Some Ural drums may be of Kazakh origin.

It is reported that the United States and the United Kingdom have banned Russian oil, while the European Union is in discussions about bans and restrictions.

From May 15th, commodity traders in the European Union and Switzerland will not be able to sell barrels of Rosneft anywhere else in the world.