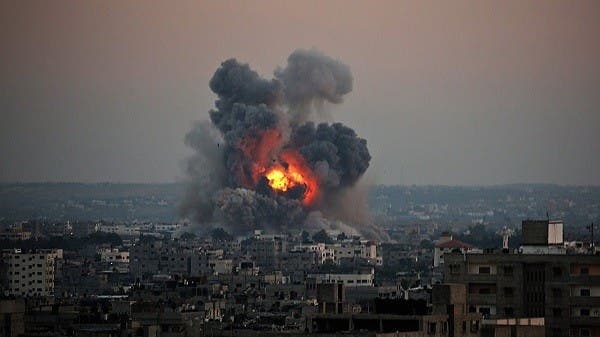 A Syrian human rights organization has urged the United Nations Security Council and European Union countries to take strict stances towards attempts at forced demographic change throughout Syria, after Turkish Interior Minister Suleiman Soylu inaugurated last month a residential complex in Idlib countryside that will be one of thousands of residential settlements Turkey aims to return more than one million Syrian refugees residing on its soil.

The “Syrians for Truth and Justice” organization, based in the French city of Strasbourg, revealed in a lengthy report issued today, Wednesday, the role of Turkish and foreign civil organizations in building those residential settlements that were built in the Syrian region of Afrin, northwest of the country, which it controls. The Turkish army and the Syrian armed groups that have supported it since March 2018, with the approval of the governor of Antakya.

The Syrian organization, which monitors human rights violations in Syria, which has been witnessing an armed conflict for more than 10 years, mentioned the names of three organizations that contributed to the construction of Turkish settlements in lands from which most of its Kurdish residents were displaced after Ankara took control of Afrin and most of its countryside. Sham Khair Humanitarian Association and the International Mercy Society.

Heba Dabbas, a researcher with Syrians for Truth and Justice, said, “Turkish settlements were built in an area known locally as Jabal al-Ahlam, and known in Kurdish, which can be translated into Arabic as Jabal al-Akrad, an area that has a strategic location as it overlooks the center of Afrin and separates the places where the army is stationed. Turkey on the one hand, and the Syrian government forces, the Kurdish People’s Protection Units, and Russian bases on the other.”

She added to “Al Arabiya.net” that “9 factions of the so-called Syrian National Army, supported by Ankara, were involved in building residential settlements that aim to change the demographics of the Afrin region, as these factions divided the area and distributed lands to their fighters.”

Testimonies obtained by Syrians for Truth and Justice during the preparation of this report, which continued for months, indicated that the governor of the Turkish state of Hatay, “Rahmi Doğan” is one of the direct officials responsible for building that “gathering”, after allowing a number of organizations The local and international relief agency, on the one hand, and the local council of Afrin, on the other, began to build and serve the “gathering” at the foot of the mountain, after a group of Turkish-backed “National Army” factions, led by the Levant Front, proposed the idea of ​​the project to the Turkish authorities.

The Local Council of Afrin was established under the auspices of the Turkish government after Ankara took control of the city in the first attack targeting Kurdish fighters and their local allies in the “Syrian Democratic Forces”, which resulted in the displacement of hundreds of thousands of indigenous people from Afrin and its countryside.

The settlements that Syrians for Truth and Justice warned of the danger of continuing to build them are known as the “Kuwait al-Rahma Village” gathering in relation to the association that funded this project, in which the Syrian organization saw a change in the demographic architecture of the area in which the Kurds constituted the majority of the population before Ankara took control of it since Years.

The testimonies obtained by the Syrian organization showed that the fighters of the “National Army” factions and their families from the areas of Damascus countryside, Homs and Hama are the main beneficiaries of the project, as the percentage of civilian beneficiaries reached about 25%. Building materials were provided to each beneficiary, valued at approximately $1,000.

It should be noted that the area of ​​the site on which the “residential community” was built, which is “Jabal al-Akrad”, is equivalent to 2% of the entire area of ​​Syria. As stated in the “Syrians for Truth and Justice” report.

The organization held Turkey fully responsible for the demographic change in the Afrin region, as an “occupying” power, according to Article 47 of the Fourth Geneva Convention. In its report, in addition to private photos and videos, it relied on exclusive satellite images of the area in which the residential complex was built, in order to determine the areas on which it was built.