No Result
View All Result
Latest News
Lightning struck a group of tourists in the Round Mountain region in Ukraine 30/07/2021
Nicola Porcella after losing to the Lions in Warriors: “Understand the effort” 30/07/2021
The Colombian Mina makes his first mark with Ajman in a friendly match 30/07/2021
A raccoon climbed into a store in Krasnodar and got on video 30/07/2021
Saudi Arabia opens its doors to tourists starting from this date 30/07/2021
Next
Prev
Home World 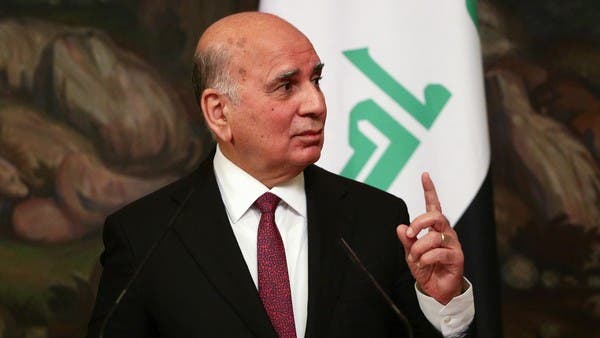 
In the second of its kind since the arrival of US President Joe Biden to the presidency, Iraqi Foreign Minister Fouad Hussein confirmed that the fourth round of dialogue between Iraq and the United States, which will be held later this month, will be the last.

The minister revealed, in statements reported by local media, that the meeting of Iraqi Prime Minister Mustafa Al-Kazemi and US President Joe Biden will discuss the overall relations between the two countries, including not maintaining any US base in Iraq.

He also added that the round of dialogue will witness agreement on scheduling the American withdrawal from all Iraqi lands, pointing out that the Americans are in Iraqi camps and not Americans, as some say and declare, as he put it.

“The camps are Iraqi, not American.”

Hussein indicated that the current US administration understands the situation in Iraq in a way that contradicts the previous administration, pointing out that the two sides may return to the 2008 agreement after the end of the strategic dialogue round.

It is noteworthy that Foreign Minister Fouad Hussein arrived at the head of a high-level delegation, last Monday, to the American capital, Washington, in preparation for the date of the strategic dialogue, the fourth stage, to discuss issues of the American withdrawal from Iraq.

The third round of dialogue was concluded last April, and the two sides described it at the time as very successful, while the first round of the strategic dialogue was launched in June 2020.

Last week, the White House announced the resumption of the fourth round of strategic dialogue with Iraq on the 24th of this month.

Iraq is linked with the United States, with an agreement called the Strategic Framework, which was signed in 2008, which regulates the nature of the relationship between the two countries at the levels of cooperation and support in the areas of security, economy and development.

Nicola Porcella after losing to the Lions in Warriors: “Understand the effort”

Mystery over Biles’ continuation in the Tokyo Olympics

A coach warned of “slapping” a judoka player

Why are you so upset about my death .. Former Speaker Sumitra is angry

Does the Indian team have any ‘machine’? Creates and sends young players to each division: Inzamam ul Haq Awe-inspiring compliment

The media cannot be barred from covering the opinions of judges; Election Commission Dismissal: Supreme Court