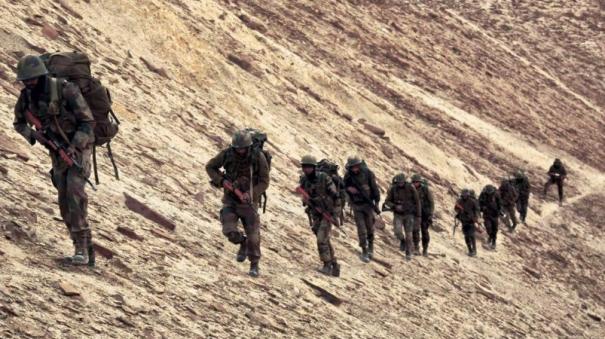 New Delhi: Indian Army Chief Manoj Pandey has said that India and China’s withdrawal of their forces in eastern Ladakh is going as planned.

Army Chief Manoj Pandey, who went to Ladakh on the 9th for a two-day visit, returned to Delhi today. He participated in a seminar on military logistics held at the Maneksha Center in Delhi. Responding to a question about the current situation in Ladakh, Manoj Pandey said that the withdrawal of forces is going on as planned as agreed by the two armies.

After a clash between Indian and Chinese forces in Ladakh’s Pangang Lake region in 2020, tensions began to rise there. The armies of both the countries started to mobilize thousands of soldiers. Weapons were also carried in large quantities.

At the same time, talks were started at the level of military officers of both the countries to defuse the tension. After several rounds of negotiations, it was agreed to withdraw troops from the Kogra-Hotsprings area, one of the key fronts in eastern Ladakh.

Subsequently, the process of withdrawing the forces started from 8.30 am on the 8th. Union External Affairs Ministry Spokesperson Arindam Pakshi said this. He also said that the withdrawal of forces will be completed by today (September 12).

In this case, Army Chief Manoj Pandey, who went there on the 9th to inspect the preparedness of the Indian forces in Ladakh, conducted a two-day inspection.