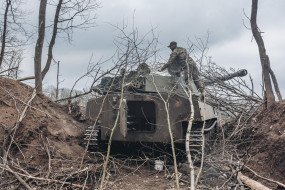 Digital Desk, Kyiv. Ukraine’s military says their forces have captured more than 3,000 square km (1,158 sq mi) in eastern Ukraine in swift retaliation. This remarkable progress, if confirmed, means that Kyiv’s forces have tripled their declared lead in less than 48 hours. On Thursday evening, President Volodymyr Zelensky put the figure at 1,000 sq km and again on Saturday evening at 2,000 sq km.

On Saturday, Ukrainian troops entered the important cities of Izium and Kupiansk in an eastern counterattack. But UK defense officials have warned that fighting continues outside those cities, the BBC reported. And officials in Kyiv said Ukrainian forces were still fighting to gain control of several settlements around Izium.

Russia’s defense ministry confirmed the withdrawal of its forces from Izum and Kupiansk, which it said would allow its forces to regroup in territory occupied by Moscow-backed separatists. The Russian Ministry also confirmed the withdrawal of troops from Balaklia, the third major city, to strengthen efforts on the Donetsk front. At the same time, the Ukrainian army entered the city on Friday.