WorldWithout the knowledge of the Taliban, a secret gate used by the...
World

Without the knowledge of the Taliban, a secret gate used by the CIA at Kabul airport for this purpose 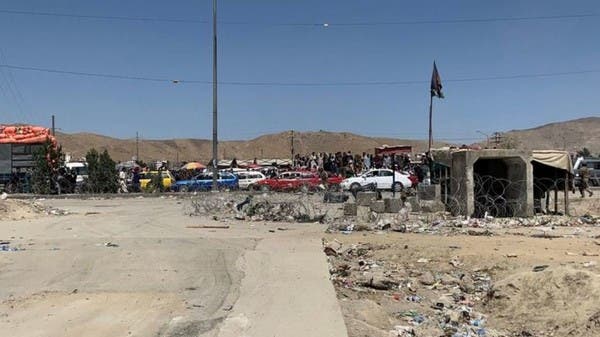 As thousands of people crowded outside the main gates of Kabul airport seeking to flee Afghanistan in August, the CIA opened a secret back door about two miles along the airport’s northern perimeter to let out VIPs and dignitaries without the Taliban’s knowledge.

Entry to the airport through the gate, known by various code names including Glory Gate and Freedom Gate, was so secret that the Taliban were not aware of its existence, and were not previously reported according to the Wall Street Journal.

The gate was located opposite a gas station and operated by CIA agents and the Delta Force and guarded by a CIA-trained Afghan paramilitary unit known as “02,” which had been evacuated along with the Americans on recent flights.

“The gas station was where our men would go to rescue the Afghans who were trying to leave,” said a former CIA agent.

According to the report, the portal was used to smuggle priority CIA figures, including intelligence operatives, local agents, their families, and a list of VIPs sent from the White House.

From the evacuation in Afghanistan

Subsequently, the entrance was expanded to become the main conduit for the State Department’s efforts in the last 48 hours of the civilian evacuation mission to assist vulnerable Afghans who worked at the US Embassy and others who could not pass through Taliban checkpoints blocking access to the airport.

The temporary entrance was constructed from Hesco barriers, barbed wire and concrete walls moved by a forklift to provide a layer of protection for the elements at the entrance.

Afghans who passed through the gate, either on foot or in buses, were searched behind walls and then led for several hundred meters along a concrete track and over a bridge to a US base formerly known as Camp Alvarado that was part of the airport complex.

The CIA later opened a second secret gate along the Northern Ocean. The CIA declined to comment on the matter.

John Bass, the former US ambassador to Afghanistan chosen to lead the evacuation effort, described the difficulty of working with the Taliban and dealing with huge crowds of desperate people all seeking to reach the airport through a few choke points. “Every day we didn’t know if we would be able to cross 100 people or 5,000 people,” he said.

Glory Gate Trail became more active on Thursday, August 26, more than a week after the Taliban took control of Kabul, after a State Department team negotiated an agreement with the CIA to use the corridor to evacuate U.S. Embassy staff and their families in the final 48th round.

US Embassy employees and their families were asked to gather at secret locations around the city and board buses that would take them to the airport, a plan that succeeded in getting them out of Afghanistan.

Previous articleBlackmailing in MAA .. If you do so, the movie has a chance! Ajay Bhupathi who unveiled his bandara
Next articleFinancial Times linked the fall in gas prices to Putin’s speech