Woman dies after being dragged by car – no sign of molestation 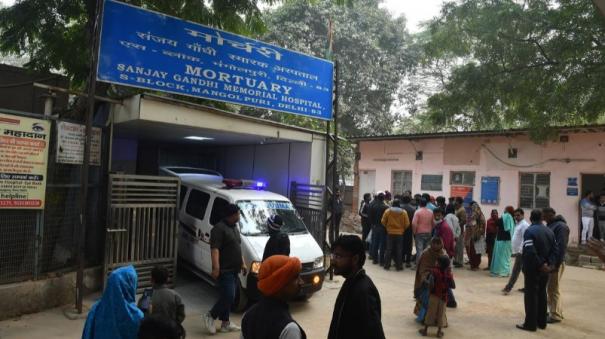 New Delhi: 13 km by car in Delhi. The post-mortem report said that there were no signs of sexual harassment in the case of the woman being dragged to a distance.

According to information, Anjali Singh (20) is from Delhi. An accident occurred when a car hit the scooty he was riding in the early morning of January 1. Subsequently, Anjali, stuck under the car, traveled 13 km. He was dragged to a distance and died.

In this situation, Anjali’s mother raised suspicions that her daughter might have been subjected to sexual harassment.

Subsequently, the post-mortem examination of the deceased Anjali was conducted at Maulana Medical College. In it, no injuries were found on his private parts. Hence, it is confirmed that she was not subjected to sexual harassment.