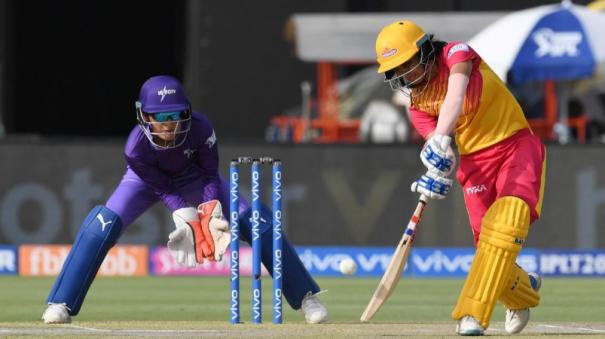 New Delhi: The Board of Control for Cricket in India (BCCI) has announced that Viacom 18 has bid for the rights to broadcast the women’s IPL T20 cricket series for Rs 951 crore.

BCCI to host IPL T20 cricket series for women for the first time. All the matches of this series will be played in Mumbai with 5 teams participating. The details of the participating teams are expected to be announced later this month. Preparations are being made to hold the next tournament in the first week of March.

In this case, the BCCI held the auction for the broadcasting rights of the women’s IPL T20 cricket series in Mumbai yesterday. Viacom 18, Disney Star and Sony participated in the auction. Viacom 18 bid for the TV and digital rights to telecast the matches for the next 5 years for Rs 951 crore. In this way, for a match in the women’s IPL T20 cricket series, Rs. 7.09 crores to BCCI, Viacom 18.

In June last year, Viacom 18 acquired the digital rights of the men’s IPL T20 cricket series for Rs. 23,758 crore was bid for.