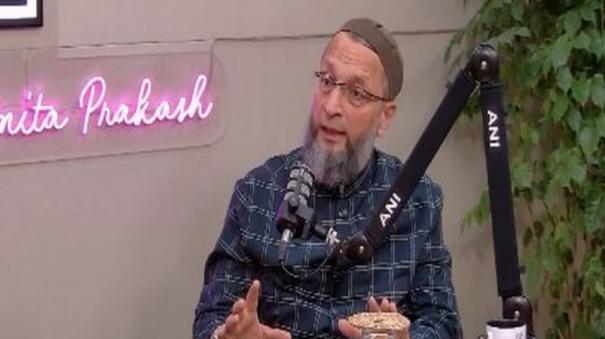 New Delhi: All India Majlis-e-Ittahadul Muslimeen President Asaduddin Owaisi has said that he will not be surprised if Nubur Sharma contests on behalf of the BJP in the upcoming parliamentary elections.

Speaking on a television program at the end of May last year, the then spokesperson of the BJP, Nubur Sharma, criticized Prophet Muhammad. This is highly controversial. Protests were held in various parts of the country for his speech. Protests also took place in many Islamic countries. A tailor from Udaipur, Rajasthan was killed for supporting Nupur Sharma’s speech.

In this background, Asaduddin Owaisi has said this in an interview to a news agency. He added: “Nubur Sharma will definitely contest the elections on behalf of BJP. BJP will definitely use him. It will not be a surprise if Nubur Sharma contests in Delhi during the upcoming parliamentary elections. Because Nubur Sharma’s views have strong support in the BJP. Nubur Sharma has not formally apologized for his speech. A video has been released in which Nubur Sharma says that Amit Shah is saying that we are with you. It cannot be denied that the central government did not immediately react to Nubur Sharma’s speech.

If there is a question of Narendra Modi, Arvind Kejriwala or Rahul Gandhi, then Narendra Modi will win. Kejriwal, Rahul Gandhi, Chandra Shekhara Rao, Mamata Banerjee are all aspiring to lead the opposition parties. Asaduddin Owaisi said that if any of them contest separately, it will be favorable for BJP.