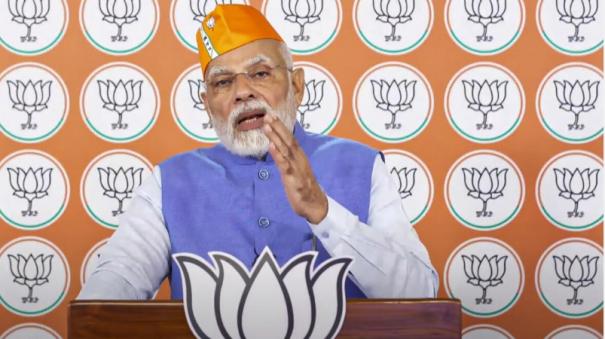 Various special facilities have been made in more than hundred cities under the ‘Smart City’ programme. These cities will be pioneers of future urban planning. Under the Prime Minister’s Awas Yojana, around 1.25 crore houses have been sanctioned across the country. The focus should not be on the development of tier-one cities and satellite cities alone. Full focus should be given to the development of Tier II and Tier 3 cities.

BJP mayors and deputy mayors should not act with electoral success in mind. We don’t come to politics for power, power and position. For us, government and power should be considered as a privilege to serve the people. We should focus only on the development of cities without considering electoral success.

I would like to give an example for this. In 2005, rules were formulated in Gujarat to clear urban encroachments. Many said this would seriously affect electoral success. But without worrying about the elections, serious measures were taken to remove the encroachments in the interests of the people.

In this movement the people of Gujarat volunteered themselves and started removing the encroachments. People always support honest projects and policies. Prime Minister Modi spoke thus.