Work or dreams: will Chelsea have time to arrange the transfer of Zakharyan 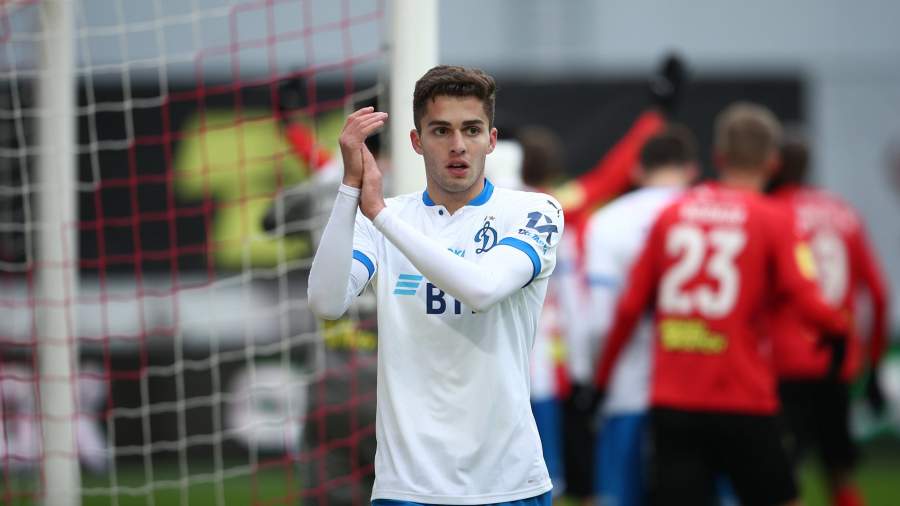 One of the most high-profile potential transfers of a Russian footballer to Europe in recent years may fail. The transition of Dynamo Moscow midfielder and the Russian national team Arsen Zakharyan is hampered by difficulties with money transfers from his possible future Chelsea team in London to the blue and white accounts. All because of the sanctions regime, which Western countries have introduced since February to Russian legal entities. To solve the problems, all participants in the process have a little more than two days left – on September 1, the summer period for additional applications will close in Europe and England. The next time the local clubs will be able to register newcomers not earlier than winter, if they are not unemployed players.

In the last week of August, news appeared that had the effect of an exploding bomb – Sport Express published information that Chelsea are ready to buy 19-year-old midfielder Arsen Zakharyan from Dynamo for a fixed buyout amount for foreign clubs – €15 million. At first, the public did not even believe it – there have not been such high-profile transfers of Russian football players since 2009, when, after the successful Euro 2008, Andrei Arshavin left for Arsenal in London, and Yuri Zhirkov for Chelsea.

Just yesterday it seemed that in Western Europe, and even more so in Britain, they do not look towards the Russian market, and here is the news about the London club and Arsen Zakharyan. And after all, you can’t write off the figure of Roman Abramovich and some kind of blat (as evil tongues talked about Alexei Smertin and Yuri Zhirkov) – the Russian oligarch in Chelsea has already caught a cold.

For Zakharyan and all of our football, it would be cool. The opportunity to play in the strongest league in the world, side by side with Thiago Silva and Kante, Sterling and Havertz, Mount and Pulisic. It is clear that it will be extremely difficult to break into the squad and get playing time. But, firstly, if you are afraid of competition and refuse such options, then what should you do in football, and, secondly, if Chelsea lays out 15 million for a player, then they probably count on the player. Even if not today, but tomorrow.

In social networks, they recalled that almost all the top clubs in Europe were already credited with interest in Zakharyan (and Chelsea, by the way, a year ago too), but now everything is really serious. And the inside of the authoritative Gianluca di Marzio that Chelsea sent a request to Dynamo is proof of this. A little bit later Information about the negotiations was also confirmed by Zakharyan’s agent Pavel Andreev, who said that the deal was close to completion.

The transfer is supervised by the famous European agent Rafaela Pimenta. This girl runs the agency of the legendary broker Mino Raiola, who died in April of this year. He has worked with megastars like Zlatan Ibrahimovic and Paul Pogba. Pimenta, in particular, inherited the affairs of such well-known football players in Europe as Henrikh Mkhitaryan and Erling Haaland.

Is the interest of a top club with a scattering of stars and coach Thomas Tuchel in Zakharyan surprising? Let’s get to the facts. Arsene is the sixth in the world in terms of transfer value among players of his age. On account of his record of all time – he became the youngest player to score in the final part of the youth Euro. In the list of the most talented footballers this spring, he was number 11. Although for political reasons at the last moment the inscription “No Player” appeared there, but at Chelsea they know exactly who they were talking about. Zakharyan is only 19 years old, he can still improve and improve. So why wouldn’t the Blues be interested in a player with that profile?

“If this happens, then it’s very good for Arsen, and for Russian football, and for Dynamo, which has raised its player to the level of Chelsea,” said the ex-forward of the blue and white and the national team in a conversation with Izvestia. Russian Ruslan Pimenov. “It will be a winning transfer for everyone. As for his chances to play in England, everything depends on him. Of course, it won’t be easy. There are athletic players, Arsene is inferior to them in this component, but, I hope, he compensates for this due to technique.

What is cool for Zakharyan is painful for Dynamo. The blue-and-whites lost Varela, Balbuena, Szymanski, Evgeniev in the summer. Last week, Moro and the already announced Kartsev left, for whom the Maccabi payment did not go through. To also lose the most creative and growing player is a powerful blow to the club and Slavisa Jokanovic, who has received only Fernandez from newcomers so far.

At the same time, somehow The white-and-blues cannot influence the situation with Zakharyan. There is no buyout option for Russian clubs, but it is prescribed for European ones. A year ago it was €12 million, now €15, next year it would be €18 million. At the time of the conclusion of the contract a year and a half ago, these amounts seemed quite adequate, because Arsene had just made his debut in the RPL. And it is unlikely that Dynamo could raise the stakes higher – the signing of the agreement turned out to be extremely difficult anyway.

However, the transition is a big question, even though all three parties are interested in it. For Dynamo, the transfer of their own pupil to such a top club would be an excellent advertisement, motivation for potential newcomers and academy graduates. Yes, and €15 million is a serious amount. Dreaming, of course, about reaching a new level and Zakharyan himself. Dynamo, according to my information, is in close dialogue with Chelsea, but it is still unclear how the British plan to transfer money to the Moscow club under the current sanctions against Russian banks.

After February 24, numerous sanctions against Russian banks and legal entities made any money transfers much more difficult. This was especially true of clubs owned by sub-sanctioned structures. For example, VEB Bank was forced to give up ownership of CSKA, even though now it is owned by structures headed by persons who are partners of Vnesheconombank, but at the same time not formally associated with it.. VTB, which owns Dynamo, announced at the end of February that it was transferring the club’s shares to the possession of the All-Russian Physical Culture and Sports Society (VFSO) Dynamo.

Considering the relationship of the leaders of these structures with each other, the club and the bank have no doubt that the blue and white management system will not change, but, As a source in the VFSO told Izvestiya, the process of re-registration is still ongoing. It is being delayed due to the complexity of legal procedures, in which the club, which is a joint-stock company, is on the balance sheet of a public organization.

Now Chelsea does not want to directly pay Dynamo funds, since the UK is especially strict in controlling transactions with Russian counterparties and related structures. However, in Europe this is no better.

The blue-whites have already felt these problems in their own skin. The midfielder of Maccabi (Netanya) and the Israeli national team Eden Kartsev came to Moscow, underwent a medical examination and Dynamo even announced an agreement on its website. However, the announced transfer did not take place in the end precisely because of the impossibility of transferring money, Kartsev flew back to Israel.

So far – in Rostov

Will Chelsea be able to resolve the issue? BUT after all, the player also needs to get a work visa in Britain. The British need to close problems with documents as quickly as possible. The transfer window in England closes on the night of 1/2 September. After that, it will no longer be possible to declare Zakharyan.

— It is unlikely that Chelsea will solve all these problems in such a short time and in the current geopolitical situation, – stressed the former president of Spartak Andrey Chervichenko. “At the same time, if they are targeting a player, then no one will stop them from doing this deal in January. Arsen is truly one of the most talented players in the world of his generation.

Clubs, RFU and RPL need to develop a clear roadmap for relations with Western structures for the future, the functionary added. Already, many are experiencing problems with old deals. In particular, CSKA cannot receive another tranche from West Ham United for last year’s transfer of midfielder Nikola Vlasic. The same club did not pay Spartak for the rent of midfielder Alex Kral. Norwich’s payments to Rostov for defender Mathias Normann and Italian Atalanta for Alexei Miranchuk hung in a similar way.

“There may be different options for solving problems even now, but this will be a solution only for Chelsea and Zakharyan, and Dynamo will be at enormous risk,” Chervichenko concluded. – You can try to give the player in installments, prescribing that payments will occur later, after the transfer window closes. But how do we know that Chelsea will not “throw” Dynamo or be forced to do so by the British authorities? Now, in general, no one can be trusted, and even more so the British. We have seen this in many examples, not only in football. You can try Zakharyan to buy his transfer himself, register with Chelsea, and then receive compensation from them. Theoretically, this is the most realistic option to be in time, but also very unlikely. Too many factors must converge in favor of this.

In the meantime, Arsene went as part of the blue and white team to the cup match in Rostov, which will take place on August 31. This suggests that the chances of a transition are fading.